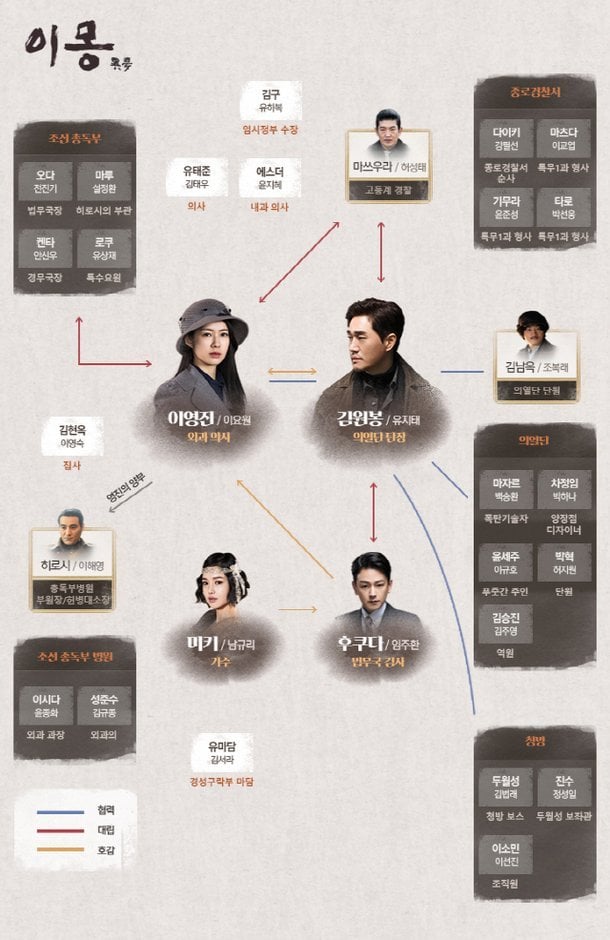 Elsewhere the chart mainly serves to illustrate which organizations which characters are a part of, and who the actors are for easy identification purposes. Only a few besides the principles have their portraits. One such character, Hiroshi (played by Lee Jae-young-I) has a grey line. As Yeong-jin's adoptive father, it would seem his role in the drama's grand political struggle will be limited.