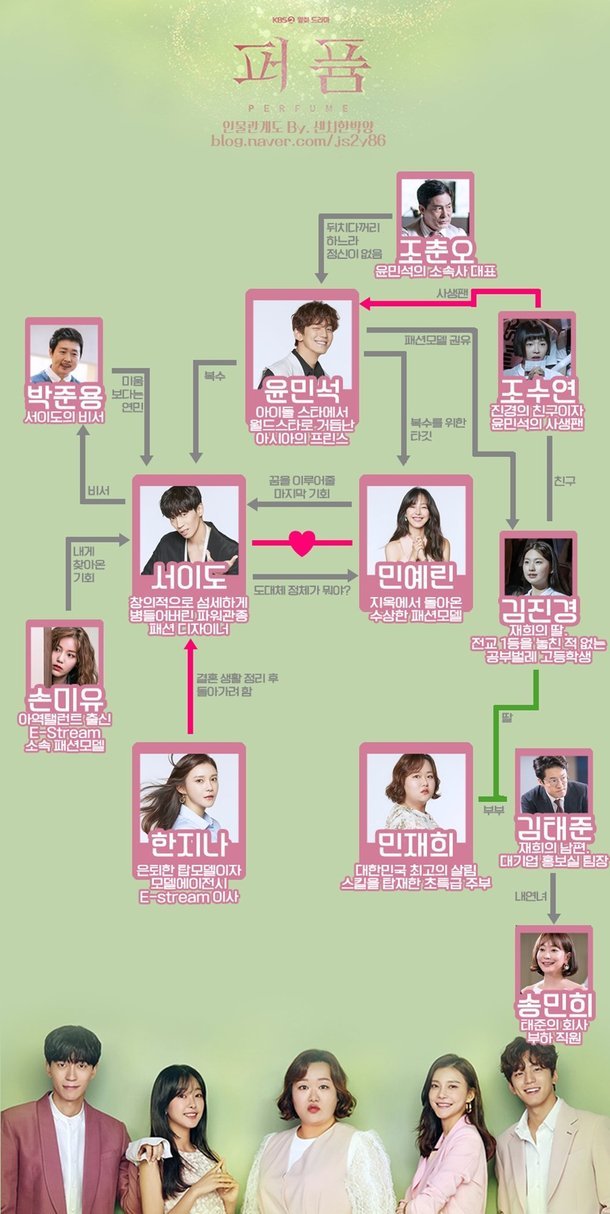 Interest has been building up about the new KBS2 drama "Perfume". To help keep track of the many characters in the drama, KBS2 has released a character correlation chart. The chart refers only to the names of the characters, and not those of the actors.

The chart is very verbally descriptive, relying on words more than symbols. Only one mutual love line is depicted, between Ye-rin (played by Go Won-hee) and Yi-do (played by Shin Sung-rok). Ye-rin is rather colorfully described as the suspicious fashion model who returned from hell, while Yi-do is a creative yet sickly fashion designer.

Pink lines represent love while green lines represent family. Grey lines are everything else, no distinction being made between positive and negative character relationships. This creates an odd justxaposition for idol star Min-seok (played by Kim Min-kyu), whose antagonistic relationships with the drama's protagonists are simply titled revenge.