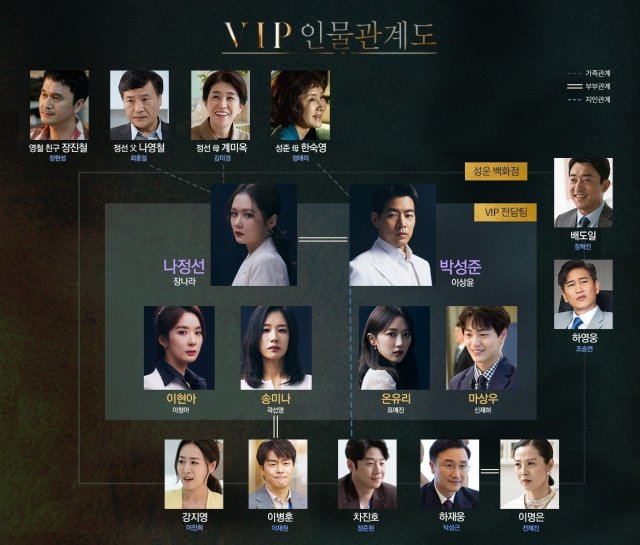 "VIP" is coming out on October 28th and a character correlation chart has come out to help prospective fans keep track of which characters are related to who. As expected, Jang Nara and Lee Sang-yoon appear at the center of the chart, flanked by their co-workers in the VIP support team.

Another factor of note is that the overall design and palette of the character correlation chart appears dark, foreboding, and ominous. It's a curious tonal choice for a drama about a department store specialty team, although the accuracy of the chart will be easier to gauge when the drama comes out next week.