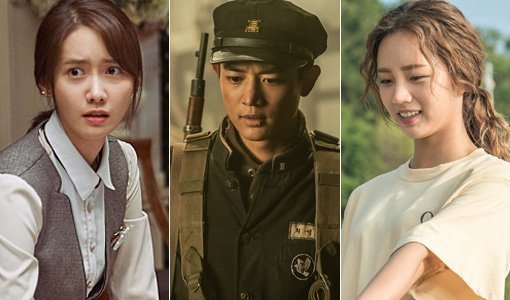 Following the massive success of "Exit - Movie" this summer, and the legitimacy it granted Yoona as an actress, there was much interest in "The Battle of Jangsari", about whether that movie would prove to be a similar success for Choi Minho. While "The Battle of Jangsari" did win the overall box office over the weekend, it did not break a million viewers and is unlikely to set a similarly strong precedent.

"The Battle of Jangsari" was also not as good a showcase for Choi Minho, because it was a war movie dependent on spectacle. Additionally, the movie had a large cast and several ongoing subplots, such that it was difficult to keep track of Choi Minho specifically. Choi Minho himself was only barely recognizable as an enlisted soldier.

The next movie to feature an idol making a shift toward acting is "My Punch-Drunk Boxer" starring Hyeri. "My Punch-Drunk Boxer" differs significantly from either "Exit - Movie" or "The Battle of Jangsari" in that it is an independent film which premiered at the Jeonju International Film Festival. After positive press there, the movie now seems primed for wide release on October 9th.

Hyeri most likely took the project less out of a desire for box office success and more to improve her reputation as an actress, as she has long faced criticism for a perceived deficit of genuine acting talent. The title character of "My Punch-Drunk Boxer" is not played by Hyeri herself, but rather Um Tae-goo, who has not had as high profile a career to date as Hyeri, but who has established his talent as an actor over many independent South Korean films.