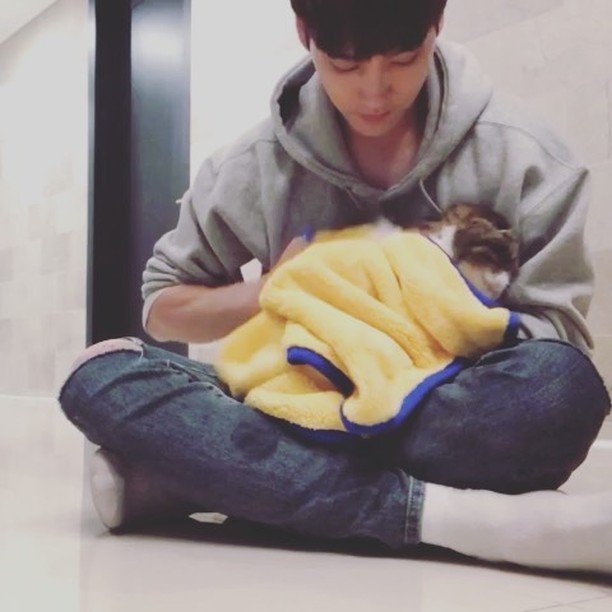 In a statement, Choi Tae-joon's agency commented on why he left "Hotel Del Luna". They said that the decision to leave was prompted by discussion of the character he was going to play, and that there was a gap between his expectations and the reality of the part.

The statement is likely an attempt by the agency to distance Choi Tae-joon from the ongoing 'Burning Sun' investigation in which his name has come up, but not connected with any concrete allegations. Whatever the actual reason is for Choi Tae-joon dropping out of "Hotel Del Luna", the current strategy appears to be to wait the scandal out.

Choi Tae-joon himself has been a scarce presence on social media in relation to this point. He went from having a reasonably active Instagram account in January to only making two posts over all of February and March. For now, Choi Tae-joon appears to be enjoying time to himself with his pet cat.