[HanCinema's News] Choi Ye-seul and G.O Go to Jeju Ahead of September Wedding 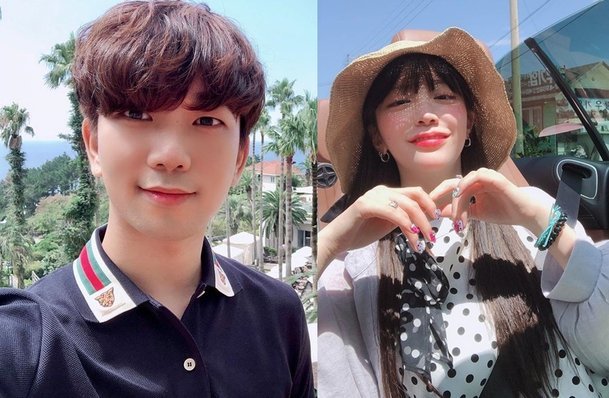 On August 13th Choi Ye-seul posted on Instagram about herself and her fiance G.O going to Jeju Island. In the post she discusses driving around in a convertible but having to put the top back up owing to the extreme heat.

Choi Ye-seul is a twenty-five year old actress. Though she had significant supporting roles in the 2014 dramas "Women, Comics, and Shoes" and "Prominent Woman" Choi Ye-seul ultimately decided to focus her career around her Youtube Channel, Yesria, which has over 240,000 subscribers.

G.O is a thirty-one year old singer who has also dabbled some in films and dramas, most notably the 2012 drama "Ghost - Drama". After the dismantling of his group MBLAQ "G.O' started a couple channel on YouTube with Choi Ye-seul entitled O.Y. Couple, which deals with the couple's life together and has 500,000 subscribers.

The two are getting married in September. The pictures may be in part a response to the news that Choi Ye-seul is suffering from glaucoma. She has encouraged her fans not to worry and that she is receiving treatment. G.O and Choi Ye-seul started living together at the beginning of the year.