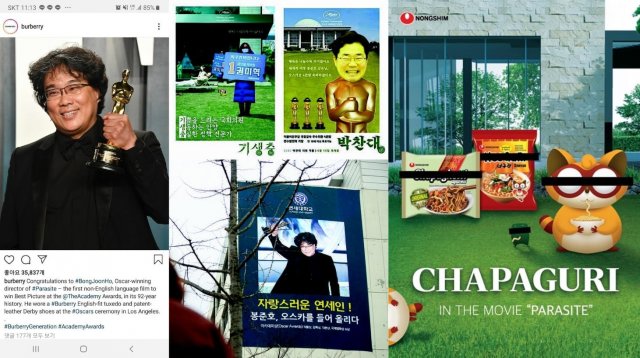 Following "Parasite"'s winning four Oscars, including Best Picture, at the Academy Awards, a wide array of organizations has sought to take advantage of the film's newfound fame. Burberry was quick to capitalize on Bong Joon-ho's win by making a social media post calling attention to his Burberry clothing. 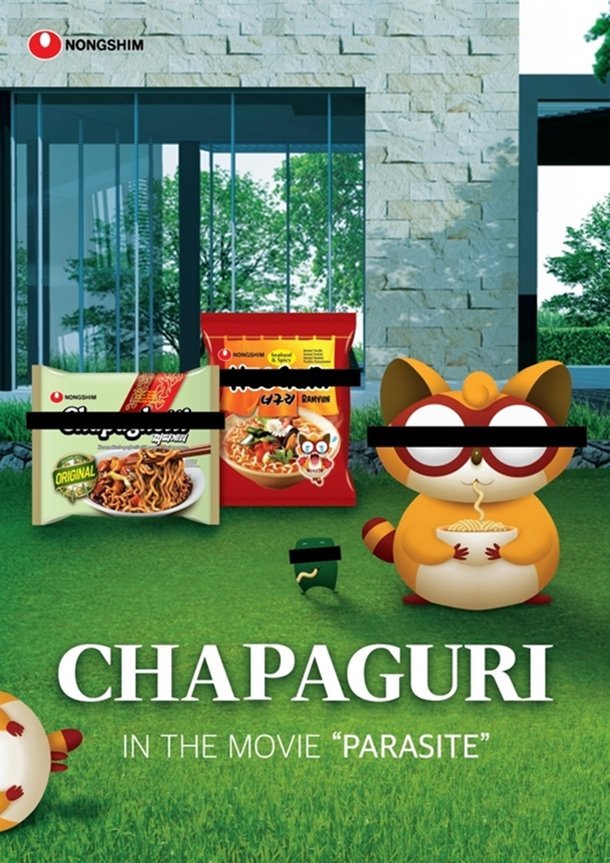 Such promotion from high-end fashion companies is not unusual on the context of the Oscars, and companies often give stars clothing in the hopes that they'll wear it on television. However, a large number of casual elements within "Parasite" have also been marketed and parodied. Chapaguri noodles feature prominently in part of the film and the company responsible for producing them has reacted accordingly. 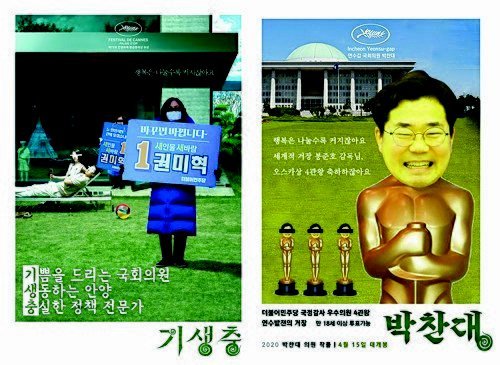 Politicians have also been using "Parasite" imagery to make comical ads for the upcoming parliamentary elections. Curiously, such content does not reflect the political content within "Parasite" itself. In one counterintuitive case, conservative politicians in Daego have proposed building a Bong Joon-ho museum in the city. This stands in contrast to Bong Joon-ho's presence on a blacklist under a previous conservative political administration. 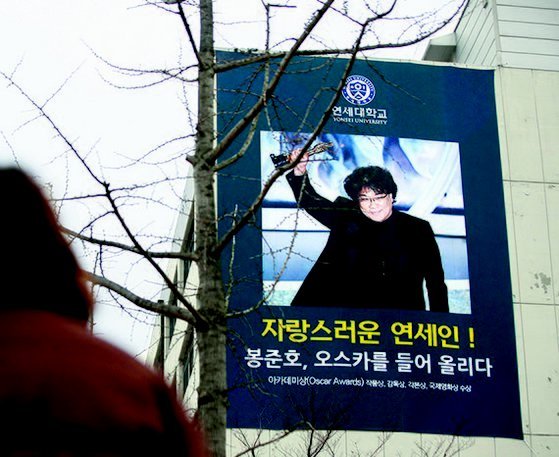 Yonsei University has also called attention to Bong Joon-ho's status as alumni. However, not all attention being paid to "Parasite" adjacent institutions has been positive. The owner of a convenience store that appears in "Parasite" has complained about numerous people coming to her neighborhood for the sole purpose of taking selfies. She is annoyed by the behavior, mostly because these tourists never buy anything.