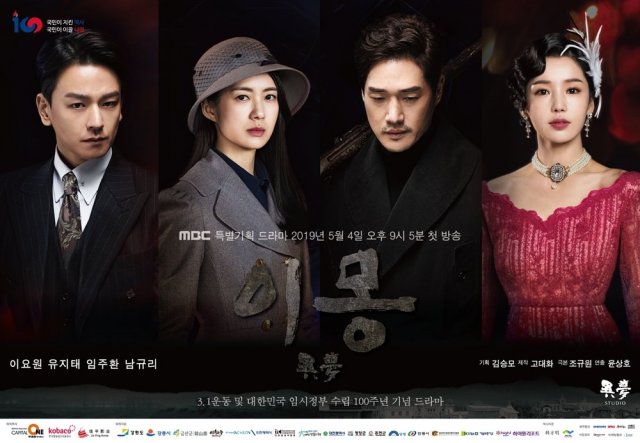 With a huge budget of 200 billion won (~17 million US dollars) expectations have been high for "Different Dreams". But a lot of the reaction to the drama has been muted. With a first weekend of ratings hovering in the range of 5-7%, the drama's long term viability is an open question.

One major issue in Korean discussions has been Yoo Ji-tae's portrayal of Korean freedom fighter Kim Won-bong. The main point of criticism is that Yoo Ji-tae is making Kim Won-bong seem too pretty and glamorous. Kim Won-bong was known for getting his hands dirty, yet the drama's core concept is romantic in execution.

The use of a real-life freedom fighter is also problematic. The real world Kim Won-bong eventually joined the North Korean government when the peninsula was partitioned. While this has no bearing on the plot of "Different Dreams", which takes place long before the partition took place, the potential political problems of such a portrayal are obvious.

The degree to which this really matters to "Different Dreams" either critically or commercially is at this point ambiguous. At a press conference for "Different Dreams" that was held on May 2nd Yoo Ji-tae stated that he was portraying Kim Won-bong symbolically rather than literally. This kind of attitude is normal for historical adaptations.