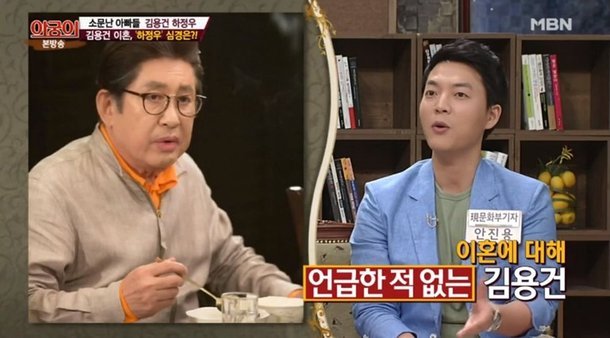 With the fraternal relationship between Ha Jung-woo and Cha Hyun-woo back in the news, the question is naturally begged - why do the two brothers have different surnames? Both are the children of veteran actor Kim Yong-gun. Old footage from a talk show in 2009 sheds some light on the situation.

In the talk show Ha Jung-woo talks about how his father divorced his mother in 1997. At the time she ran a food related business that was hit hard by the IMF Crisis. Ha Jung-woo said that after work one day he spent an hour just looking at his father out on the veranda.

Ha Jung-woo declined to comment on the matter further, expressing a desire to maintain his father's privacy. It's unclear whether the divorce played into a conscious decision on the part of the brothers to disassociate from their father, or if they merely wanted to avoid the appearance of nepotism by giving themselves distinct names. Their real names are Sung-hoon for Ha Jung-woo and Young-hoon for Cha Hyun-woo.