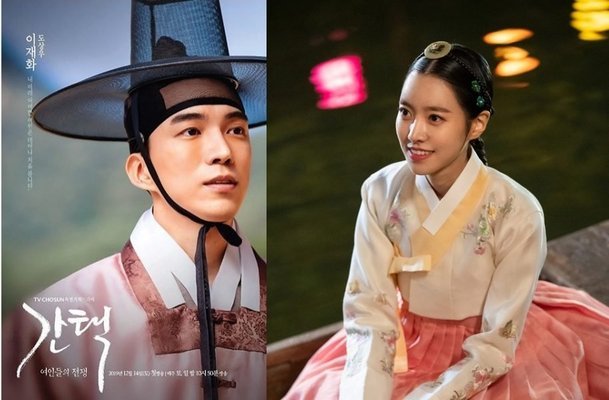 Fresh off of the premiere of "Queen: Love and War" the second lead actor, Do Sang-woo, made an appearance on the December 15th broadcast of the MBC radio program 'Good Morning FM'. The host of the program observed that the drama has been receiving positive buzz regarding the chemistry between Do Sang-woo and leading lady Jin Se-yeon.

Do Sang-woo acknowledged the compliment, but went surprisingly far in contextualizing it. Do Sang-woo claimed that when he first starting filming he had a fluttering feeling every time he saw her. Do Sang-woo explicitly described this feeling as being a romantic one that persisted throughout filming.

Do Sang-woo clarified that he no longer has the feeling anymore. Shooting for "Queen: Love and War" is still ongoing and he has gotten used to the sensation. In any event, the emotional interplay between Jin Se-yeon and Do Sang-woo has proven key to the historical drama's intrigue, especially as the explicit stated goal of the heroine is to become Queen. This goal, if realized, would necessitate that Jin Se-yeon and Do Sang-woo's character would not be able to be together.

"[HanCinema's News] Do Sang-woo Claims to Have Felt Fluttering Upon Meeting Jin Se-yeon"
by HanCinema is licensed under a Creative Commons Attribution-Share Alike 3.0 Unported License.