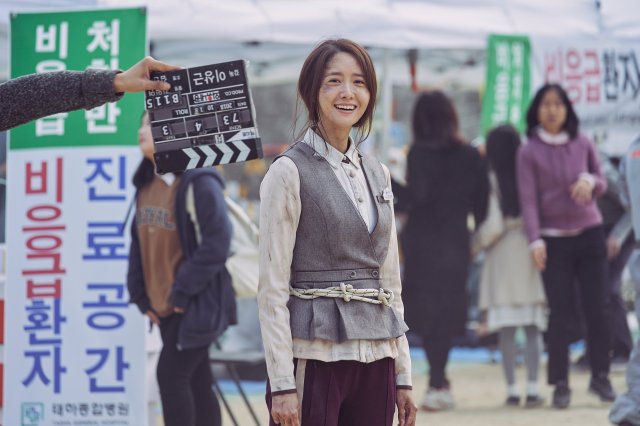 As "Exit - Movie" has passed the 8.5 million mark, having easily outperformed the other major South Korean blockbusters this summer, Yoona's position as a box office draw appears to have solidified. She made her film debut with "Confidential Assignment" in 2016. Though she was not the lead, "Confidential Assignment" was still a big success with 7.8 million admissions.

But in addition to having a bigger role in "Exit - Movie", the comic disaster film also showed surprising range in regards to her acting talent. Her character is simultaneously a serious professional manager, a quick thinker in crisis situations, the cute girl next door, and an avid rock climber. Most impressively, she's not even presented as a love interest - the closest the movie gets to that is she coyly implies that Jo Jung-suk's character should try to ask her out again in the final scene.

Yoona does not currently have any confirmed upcoming drama or film projects. However, thanks to the success of "Exit - Movie" the singer may be able to transition to a serious film career, having already made a strong name for herself in television dramas.