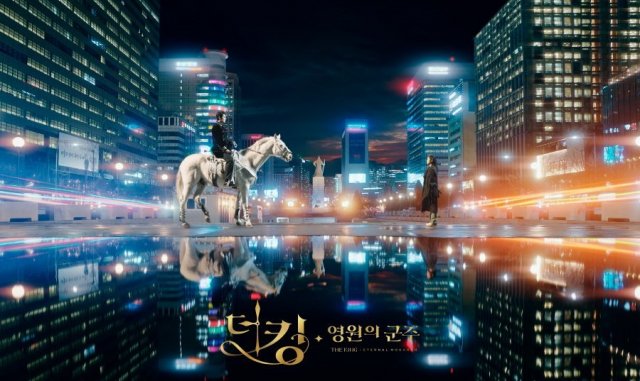 While the South Korean drama industry is generally dominated by star actors, screenwriter Kim Eun-sook has made a powerful reputation for herself over the years as a major hitmaker when it comes to her scripts. Over the past sixteen years ten dramas penned by Kim Eun-sook have earned at least 19% in the ratings. "The King: Eternal Monarch" is expected to add to those ranks when it's released next week. 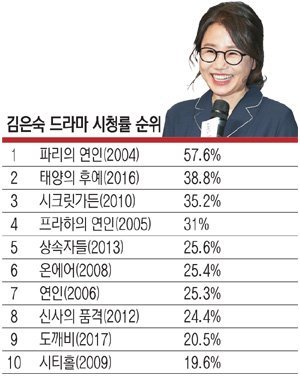 "The King: Eternal Monarch" has fantasy elements, much like Kim Eun-sook's previous hit "Goblin". But Kim Eun-sook originally made her mark with far more mundane genres, in a very different genre environment. "Lovers in Paris", a French themed romance from 2004, had an outrageous 57.6% ratings high. Even for a Saturday/Sunday drama it's a record unlikely to be broken.

"Lovers" from 2006 also showed more of a classical melodramatic streak in terms of scripting, which has fallen out of fashion today, though at its height the drama had ratings in excess of 25%. Already at this point Kim Eun-sook had enough experience in the industry to write "On Air", a drama dealing with actors, which also topped 25%. "Secret Garden", the 2010 megahit of the Korean Wave, exceeded 35%.

At this stage Kim Eun-sook was not just making popular dramas, but spearheading entire trends. The 2012 drama "A Gentleman's Dignity" exceeded 24% ratings with its cosmopolitan take on older, fashionable men searching for love. "The Heirs" from 2013 with ratings over 25% and "Descendants of the Sun" from 2016 with over 38% ratings didn't quite set off genre trends, but they did turn all of their principal actors into major stars.

And these are only the most high performing dramas from Kim Eun-sook. Even "Mister Sunshine" was a major success, only failing on relative terms compared to the rest of her filmography. So it is that there's little question "The King: Eternal Monarch" will also have an excellent performance. The main lingering question is how just how successful it will be compared to the extremely high standards that have made up Kim Eun-sook's career to date.