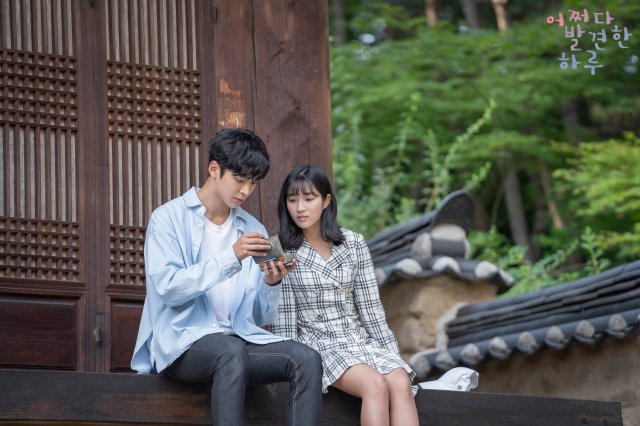 By traditional metrics "Extraordinary You" is doing quite poorly. The drama has been struggling in the three to four percent range ever since its debut on October 2nd. Nor has it been particularly proper with critics, who have described the drama's dialog as cheesy and childish, and the high school premise with pretty boys as a transparent riff off of "Boys over Flowers" from 2009.

In spite of this, non traditional metrics are showing strong interest in "Extraordinary You" from younger demographics. YouTube clips, mobile streaming downloads, and fan discussions online have seen a noteworthy spike over the last few weeks. Research from the Good Data Corporation shows that not only is the show itself extremely popular, but the drama's two young leads also trend significantly, even though neither of them have headlined a drama before.

For all these reasons, "Extraordinary You" may mark a turning point in how the success of dramas are measured. "Her Private Life" similarly showed discordance between social network popularity and ratings earlier this year. Likewise, tvN surprised many viewers by stating they were considering a second season of "Arthdal Chronicles", even though the first season performed well below expectations ratings wise. But having not even passed the halfway point, "Extraordinary You" still has a lot of energy left.