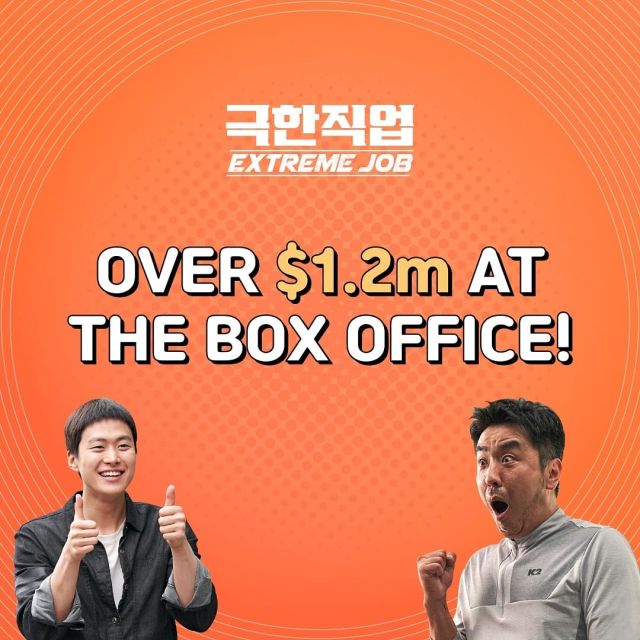 The success is a modest one compared to the records "Extreme Job" has been making in the South Korean market. For a sense of perspective, "The Admiral: Roaring Currents" holds the top spot at 2.5 million dollars, followed by "Ode to My Father" at 2.3 million dollars, and "The Host" at 2.2 million dollars.

"Extreme Job" was released on January 25th in the United States, two days after the South Korean release, but only in Buena Park, Los Angeles. "Extreme Job" received a wider release a week later on February 1st, but only in certain cities. South Korean films, like most foreign films, do not normally receive a nationwide release in the American market.