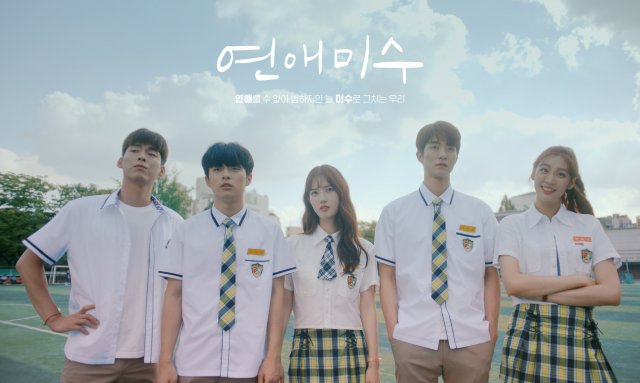 On November 5th, only a week after its initial release, the rights to the currently airing webdrama "FAILing in Love" have been sold to the Japanese market. The news follows confirmation by the broadcast network MBC of the drama's positive metrics, which were determined when the webdrama began airing on television last Friday night.

"FAILing in Love" stars Son Sang-yeon, Yang Hye-ji, Shin Yun-seob, and Jo Ki-sung as teenagers eager to get into romantic relationships, but going about this goal in a fairly clumsy way. The webdrama's pseudo-pedagogical tone has been one of high appeal in recent dramas of its kind, sparking a boom in production of webdramas aimed at a younger audience. The drama hit ratings of 1.3% in its first airing on MBC - which were strong, considering the drama's post midnight timeslot.

"[HanCinema's News] "FAILing in Love" Rights Sold to the Japanese Market"
by HanCinema is licensed under a Creative Commons Attribution-Share Alike 3.0 Unported License.