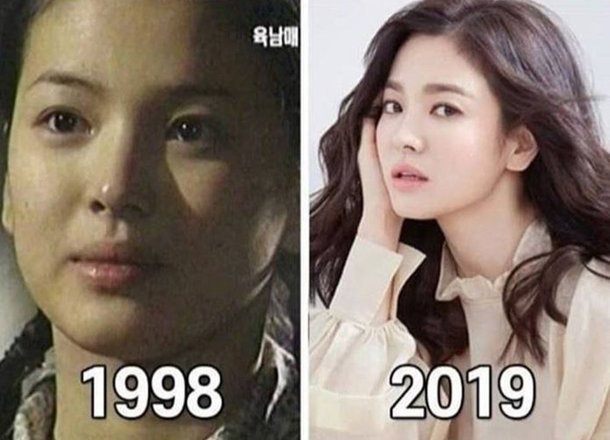 A popular post circulating around the South Korean Internet has highlighted how many famous South Korean actresses have changed surprisingly little since their big initial appearances some twenty years ago.

The post has gone viral in part because even as all of these actresses have started to near their forties, their influence looms large in the South Korean entertainment industry. Any one of them can still be expected to headline a project. Though their talent is considered a crucial aspect of this, their ability to still largely resemble their younger selves has also been highlighted as paramount. Some commenters have noted that simply maintaing their youthful appearance must be a full time job.