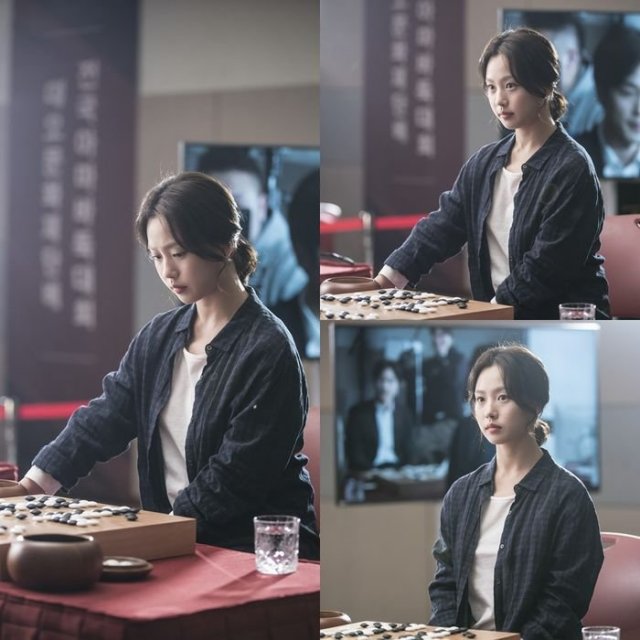 Ahead of the drama's September 18th release SBS has been releasing production photos of "Secret Boutique". The latest shows actress Go Min-si in her supporting role as Lee Hyeon-ji, whose backstory revolves around her being a serious amateur Go player who tried and failed to become a professional at the age of nineteen.

Lee Hyeon-ji's backstory is intended to track with her keen analytical and strategic mind. She becomes wrapped up in the main story due to the disappearance of her mother, Park Joo-hyeon, played by Jang Young-nam, a police officer who was investigating corporate malfeasance. This eventually leads Lee Hyeon-ji to Jenny Jang, the lead character played by Kim Sun-ah, as they have common purpose.

This is a new look for Go Min-si, who is generally better known for playing more light-hearted teenage characters, such as in the recently Netflix drama "Love Alarm". "Secret Boutique" will air on Wednesday and Thursdays in the 10:00 PM slot on SBS.