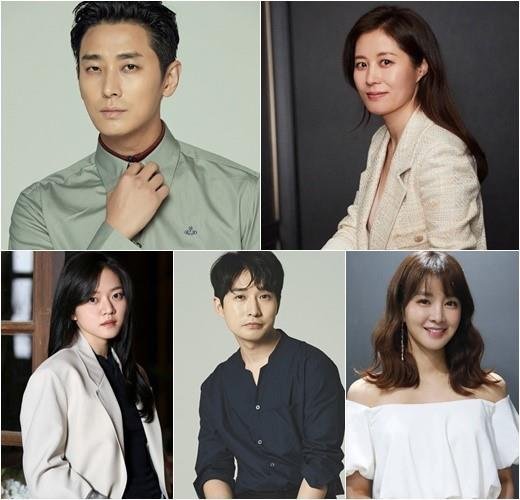 Go Ah-sung represents artistic aspirations in the purest form. The young actress is well-known for her major roles in the Bong Joon-ho films "The Host" and "Snowpiercer", and recently headlined the black-and-white biopic "A Resistance" about Japanese Occupation resistance leader Yu Gwan-sun.

Ryu Deok-hwan is representative of how an actor with strange beginnings can ultimately have a very multifaceted career. While Ryu Deok-hwan debuted with the very offbeat film "Like A Virgin" he has since moved on to similarly eclectic guest roles in all manner of Korean drama and film as well as lead roles in projects like the drama "God's Quiz: Reboot" and the upcoming film "Fist and Furious".

Moon So-ri also represents transition. While she started her career in classics like "Peppermint Candy" and "Oasis", lately she has been showing a more comedic presence by doing artistic styled absurdities like "Ode to the Goose" or mainstream projects like "Juror 8". She also directed her own short film anthology "The Running Actress" in 2017.

Lee Si-young represents crossover appeal. The boxer turned actress brought much attention to herself with "No Mercy - 2019" earlier this year, but she has also had a fairly strong career in dramas to date, as can be noted by her significant roles in "Liver or Die", "Risky Romance", and "Lookout".

Last but not least, Ju Ji-hoon demonstrates possible opportunities for expansion, as has been shown by his lead role in "Kingdom" by Netflix, building off of an already impressive career. The Mise-en-Scène Short Film Festival is at least in part an opportunity for aspiring filmmakers to show what they're capable of, and these honorary judges show the many different paths a career in the South Korean film industry can take.