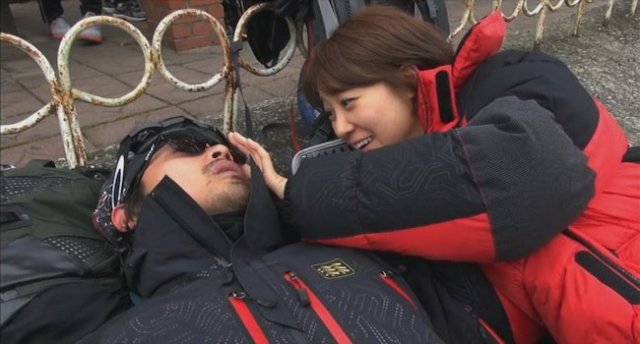 At the SBS Drama Awards Gong Hyo-jin expressed a strong distaste for connecting promises to hypothetical awards wins, citing an incident where Ha Jung-woo dragged her along on one of his promises.

Though Gong Hyo-jin's original statements were vague, it is believed that she was referring to a cross-country trip she took with Ha Jung-woo following an award win for "The Yellow Sea" in 2011.

As it turns out, the trip in question was actually quite well documented. Ha Jung-woo successfully managed to assemble funding to make "Project 577", a documentary which detailed Ha Jung-woo and Gong Hyo-jin traveling 577 kilometers across Korea. The two also met other celebrities over the course of this trip.

Even at the time Gong Hyo-jin expressed doubts about the relevancy of the project, and is openly seen in "Project 577" questioning why Ha Jung-woo was bringing her to such places. "Project 577" only earned about 90,000 admissions at the South Korean box office during its original release. However, in the current documentary-friendly secondary distribution market "Project 577" is well-positioned to make a minor revival following Gong Hyo-jin's comments.