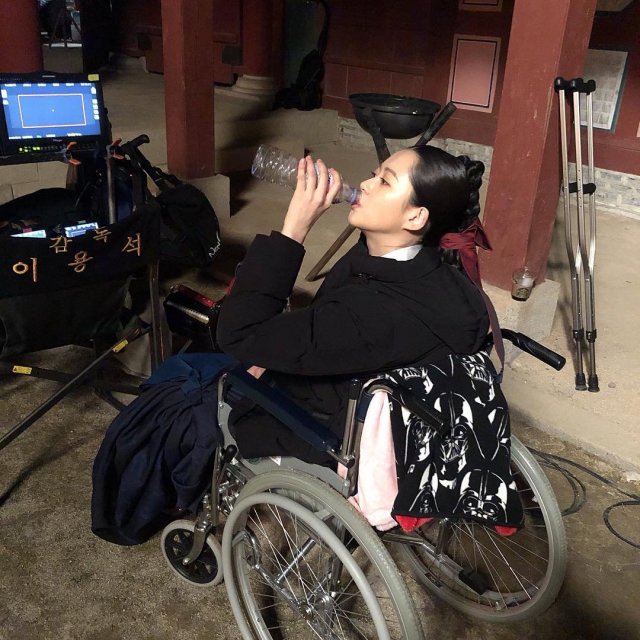 On April 15th Go Ara posted a picture of herself on the set of "Haechi". In the picture, she can be seen drinking water while sitting in a wheelchair. Go Ara is riding a wheelchair after an incident last month where she hurt her ankle.

Go Ara was originally hurt on March 7th during filming at Mungyeong Saejae. The stated cause of the injury was that she fell down. Filming had to stop due to damage to her right ankle.

Go Ara started filming again on March 4th, although her ankle had not yet fully healed. A representative from Go Ara's agency stated that the production of "Haechi" had promised to be considerate of Go Ara's condition. The Instagram photos would appear to confirm that Go Ara is not undergoing unnecessary stress for the sake of the drama. 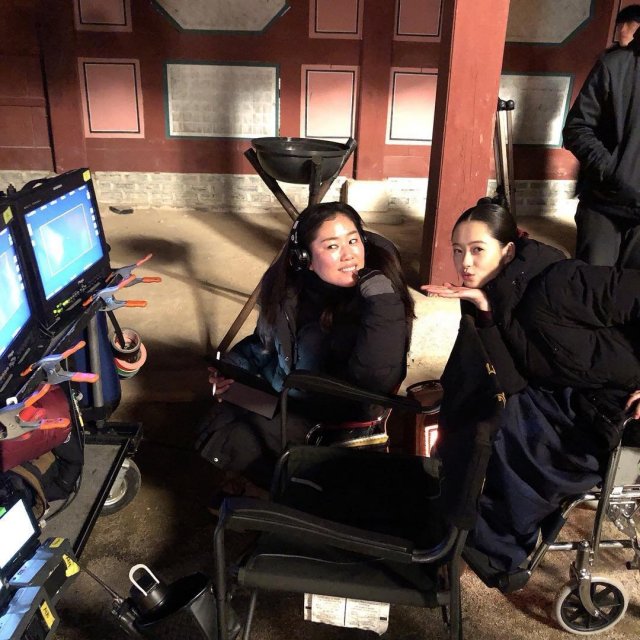