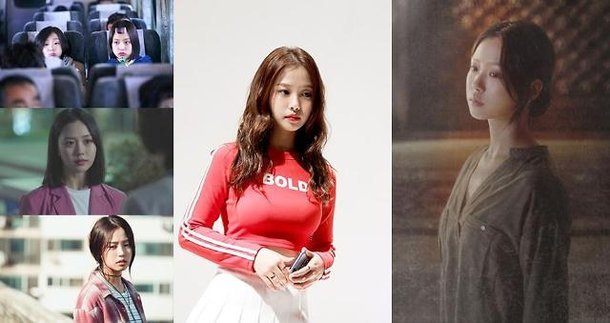 Go Min-si has been making rapid progress as a supporting name in dramas. Since her debut in "My Sassy Girl - Drama" in 2017 she has alternated between minor roles and significant supporting roles in a large number of projects, even having a turn as the narrator in the recent major film "The Battle: Roar to Victory". She was the second lead in "Hundred Million Stars from the Sky" and how has a comparably important role in "Secret Boutique", her first on a broadcast network drama.

Go Min-si's highly naturalistic style is what has made her a standout presence. Her blunt, cheerful attitude and style are an excellent contrast to the characters who are actually intended to be the focus. Her supporting role in "The Witch : Part 1. The Subversion" was so notable in its contrasted normalcy to lead actress Kim Da-mi that Go Min-si was nominated for a supporting actress role in that film.

In "Secret Boutique" Go Min-si plays the opposite kind of role with the same kind of tone, as she is an amateur Go player who spurs the lead character played by Kim Sun-ah. It's hard to say if Go Min-si will have much luck translating her talent as a supporting performer into getting lead roles in the future, although in the immediate future much will hinge on how "Secret Boutique" is received.

"[HanCinema's News] Go Min-si's Career Is on An Upswing"
by HanCinema is licensed under a Creative Commons Attribution-Share Alike 3.0 Unported License.