[HanCinema's News[ "Guardian: The Lonely and Great God" and "My Mister" Make Resurgence on Netflix 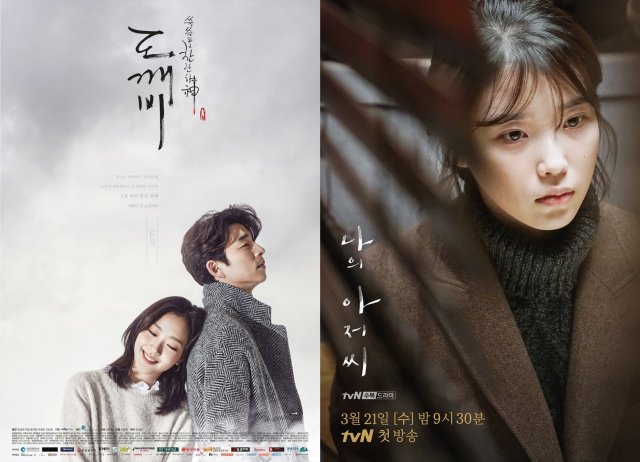 The dramas "Guardian: The Lonely and Great God" and "My Mister" have been appearing with more regularity on the domestic Top 10 List for Netflix in South Korea. Both dramas have earned a reputation for being a steady seller in that market, even as the highest echelons of the list are dominated by more recent fare such as "The King: Eternal Monarch" and "Hospital Playlist" among others.

"Guardian: The Lonely and Great God" was quite popular when it was still new, cracking 20% ratings. "My Mister" performed much more modestly, with its highest ratings being in the 7% range. "My Mister" was nonetheless well-regarded critically, particularly for the sublime performance of IU in the leading role. Both dramas paired older men with younger women as headliners.

The popularity of the dramas may be linked to the current social environment of COVID-19. Both feature stories about emotionally closed off people who have become this way largely as a result of chronic physical separation from other human beings. The two differ widely in tone, with "Guardian: The Lonely and Great God" being an explicit romantic fantasy and "My Mister" dealing more with inner spiritual recovery. But as can be seen, there is plenty of room in the market for multiple interpretations of the same idea.