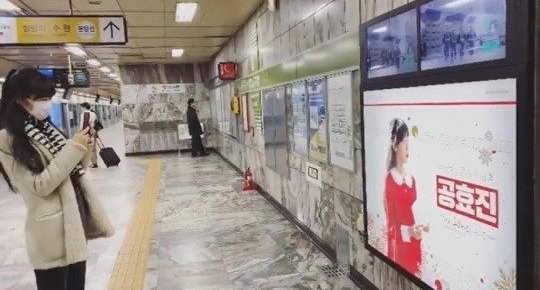 Gong Hyo-jin recently made an Instagram post regarding a subway advertisement. Specifically, Gong Hyo-jin was riding a train at Gangnam City Hall, and saw an advertisement fans had put up congratulating her on being an actress for twenty years.

Gong Hyo-jin is not quite recognizable in the picture, as she is wearing a mask to prevent herself from being easily recognized in public. However, she can be seen smiling through the mask. Among the commenters on the post are actress Lee Honey, expressing laughter at Gong Hyo-jin's masked form.