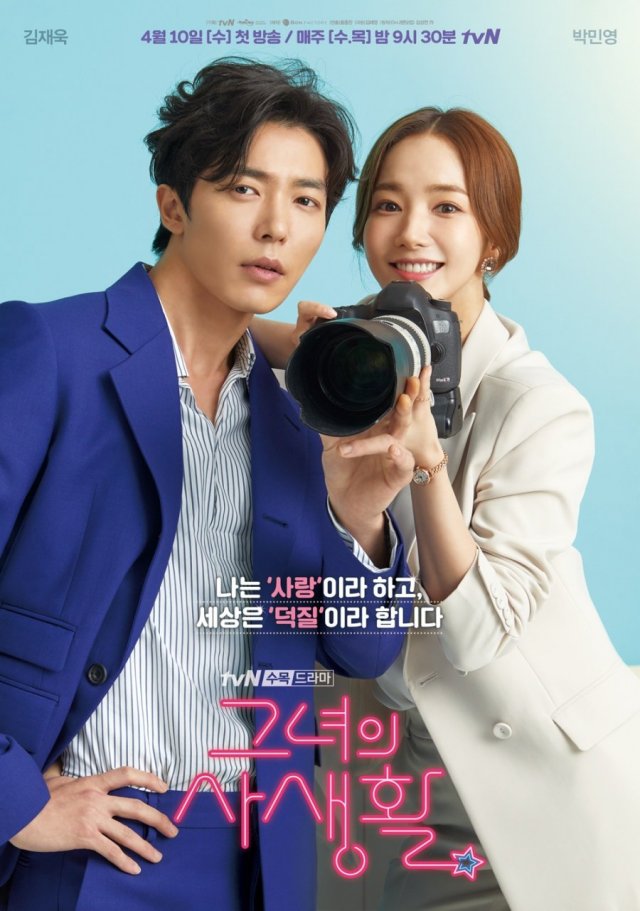 On April 17th CJ ENM and Nielsen Korea released their latest report about the most influential dramas on social networks. The report, which covers the second week of April, showed "Her Private Life" on the top with a 271.5 CPI rating.

For a sense of comparison, "The Fiery Priest", which is entering its last weeks on SBS on Friday and Saturday, had a 264.4 rating. The top four were rounded out by other newcomers. "Special Labor Inspector, Mr. Jo" was third place at 253.4 and "I Hate Going to Work" as fourth place with a CPI of 246.0.

The Nielsen report covers all form of prime-time programming, including variety shows. After the top four the list was mostly dominated by non-dramatized entertainment, the only other exception in the top ten being "Doctor Prisoner" at number nine with a rating of 216.4.