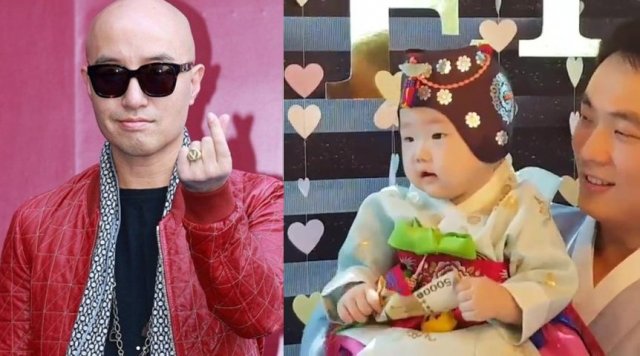 On August 25th Hong Suk-chun posted pictures of his granddaughter on Instagram. In an accompanying statement to the pictures he observed that she showed similar awareness of the camera much as would be expected of the broadcaster himself.

Hong Suk-chun is a regular fixture on South Korean variety programs and is best known for being South Korea's premiere gay celebrity. His children are the result of adoption following his older sister's divorce in 2008. Technically Hong Suk-chun is the baby's great uncle, although he is legally her grandfather and emotionally too, so it would seem.