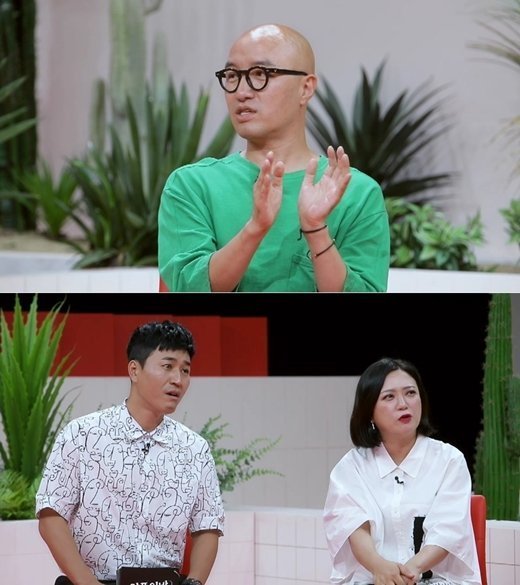 In a preview for the latest 'The Night of Hate Comments' vairety show episode, entertainment personality Hong Seok-cheon is making a surprising claim - that popular screenwriters Kim Eun-hee-I and Song Jae-jeong lived together. Kim Eun-hee-I wrote the script for popular dramas such as "Kingdom" and "Signal", while Song Jae-jeong wrote "Memories of the Alhambra" and "W".

Details of the story are unclear, as the preview is intended to get people to watch the full program, which will air on August 30th. Hong Seok-cheon appears to be referring to university artist colonies, as he is also discussing comedians who lived in such communities, as well as his own experiences. The preview also promises discussion of a voice phishing incident involving Shin Dong-yup.

Shin Dong-yup, Kim Sook, and Sulli are all hosts on the program. Hong Seok-cheon is the guest. 'The Night of Hate Comments' is a program centered around celebrities discussing their experiences with online rumormongering.