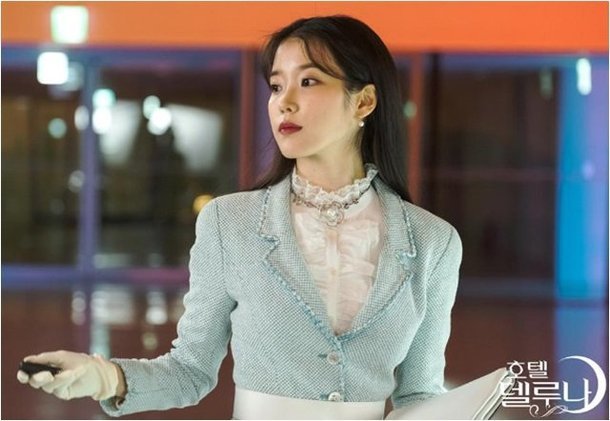 One of the ways "Hotel Del Luna" has managed to quickly distinguish itself among currently airing dramas is its peculiar fashion sense. The styles of the clothes the characters wear, while not always consistent, tend to hue to a 1930's aesthetic, with colorful gloves, vests, and even cumberbunds being the norm.

The deliberately archaic fashion choices work particularly well on lead actress IU, as they alter the way she is perceived on a scene by scene basis. She can be commanding and in charge via a full wardrobe, elegant all the while. IU can seem vulnerable even as she is in charge, with an emphasis on her barely coifed neckline. 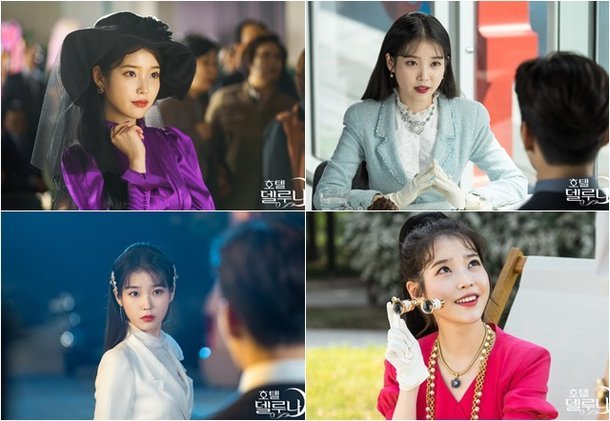 The frequent appearance of classically styled accessories also does a lot to contribute to the drama's distinctive look. In still shots individual actors can almost immediately be identified as appearing in this drama because of its very deliberate styling. This will likely prove helpful to spreading the drama's popularity online, as unlike "Arthdal Chronicles", the aesthetic also changes from scene to scene and character to character.