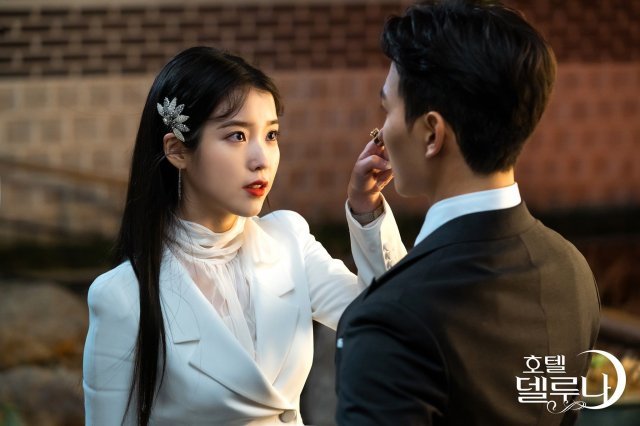 The new Good Data Report is out for the second week of July. In the report, "Hotel Del Luna" takes a commanding lead in its first week with a total of 25.87% of all social media references to major dramas surveyed. This is the highest opening week for a drama on the Good Data Report this year, and the second highest of all time. IU and Yeo Jin-goo are also number one and two for entertainers on the report.

The success of "Hotel Del Luna" has much to do with favorable circumstances. Following the departure of "One Spring Night" and "Arthdal Chronicles" there was plenty of space for a big opening in front. "Hotel Del Luna" was able to pull from both audiences thanks to its romantic and fantasy elements, as well as other points of distinction that worked to grab a hold of new viewers.

"Search: WWW" maintains its position on the report in spot number two. Lee Da-hee and Lim Soo-jung tied for fifth place while their male romantic counterparts, Jang Ki-yong and Lee Jae-wook, ranked at number nine and ten. "One Spring Night" in its final week dropped down to third place, with lead actors Jung Hae-in and Han Ji-min taking third and fourth place for performers.

"[HanCinema's News] "Hotel Del Luna" Takes Over for "One Spring Night" in the New Good Data Report"
by HanCinema is licensed under a Creative Commons Attribution-Share Alike 3.0 Unported License.