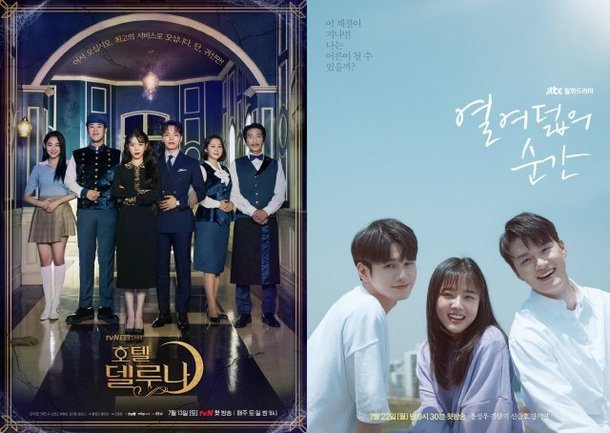 The Good Data Corporation has released its latest report for the fourth week of July and "Hotel Del Luna" has topped the list once again for its third straight week, with 26.47% of social media comments relating to dramas being tracked to that specific title.

The number one most popular performer is Ong Seong-wu of "A Moment at Eighteen" who has continued to endear audiences with his transition to acting. His leading co-star, Kim Hyang-gi, ranked at number seven, while the drama's overall ranking is number three.

The number two drama is "Search: WWW", which has now been in second place for six straight weeks. Various cast members of the drama also continue to dominate the overall performer rankings. Lee Da-hee is number four, Im Soo-jung is number five, Jeon Hye-jin-II is number six, and Jang Ki-yong is the lone man representing the drama in ninth place.