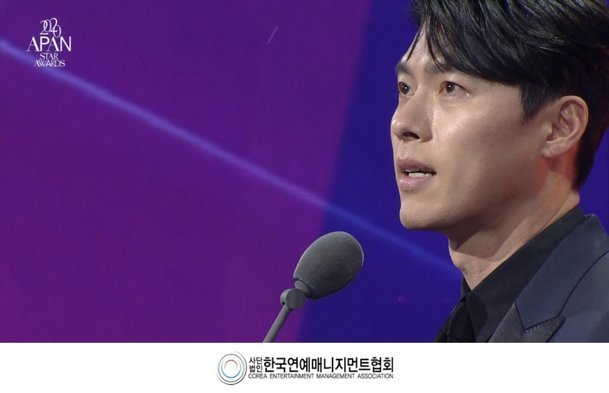 On January 23rd Hyun Bin won the Grand Prize for his leading role in last year's drama "Crash Landing on You" where he played a North Korean soldier. He faced competition in his category from Gong Hyo-jin of "When the Camellia Blooms", Park Seo-joon of "Itaewon Class", Kim Hye-soo of "Hyena", and Kim Hee-ae of "The World of the Married". Though the Asia Pacific Actors Network awards were held fairly late, Hyun Bin was grateful to have a strong start to the year in his acceptance speech. 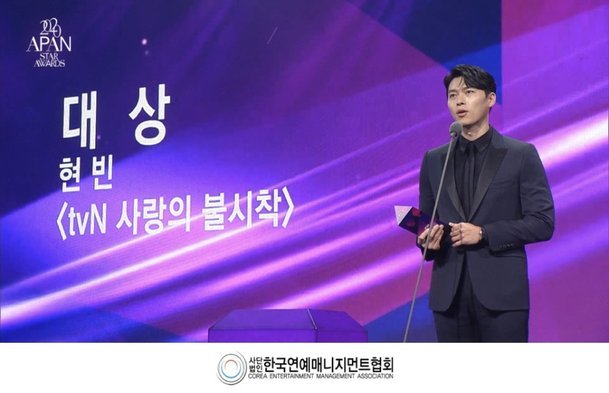 Hyun Bin also promised in his speech to put his best foot forward, studying and worrying even harder for his next role. Hyun Bin also directly thanked was Son Ye-jin, his co-star on "Crash Landing on You" who he publically acknowledged having a romantic relationship with on the first day of 2021. He referred to her as his greatest partner, who gave him room to breathe and come off as even cooler in the process. The APAN Star Awards are organized by the Corea Entertainment Management Organization. 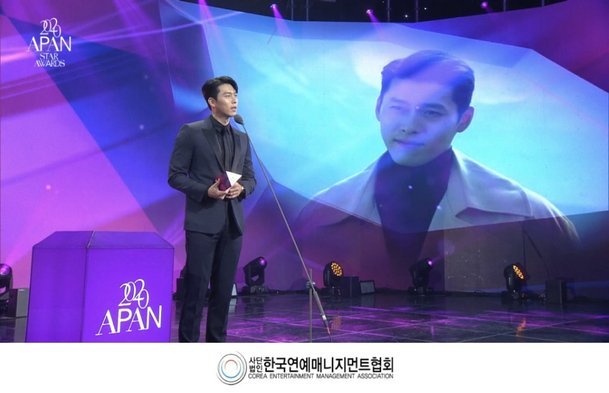