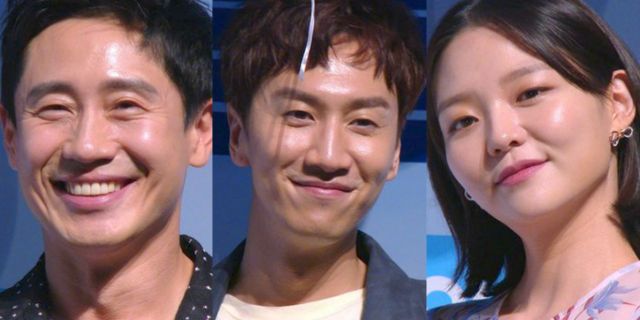 On March 21st at the Apgujeong CGV in Gangnam the official rollout for "Inseparable Bros" was held. Shin Ha-kyun, Lee Kwang-soo, and Esom were all in attendance. Simple questions and photo time was also allotted.

"Inseparable Bros" opens in May. It's a story about a blind man and a man without usable legs who act as each other's eyes and feet. It's based off of an old Korean folk tale, the Tale of Shim Chong. 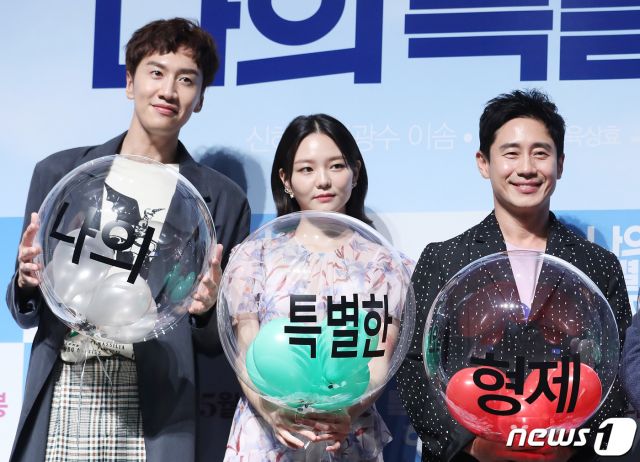 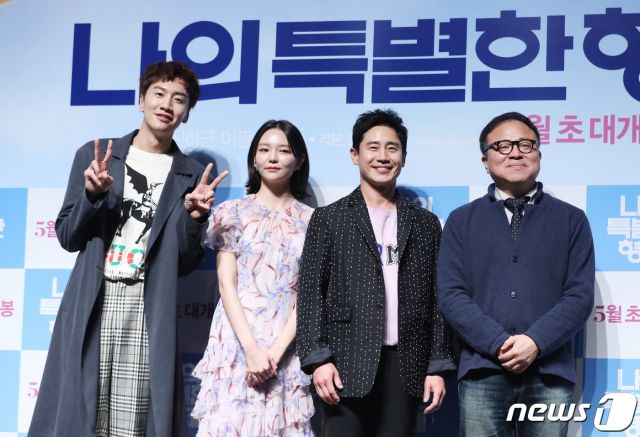 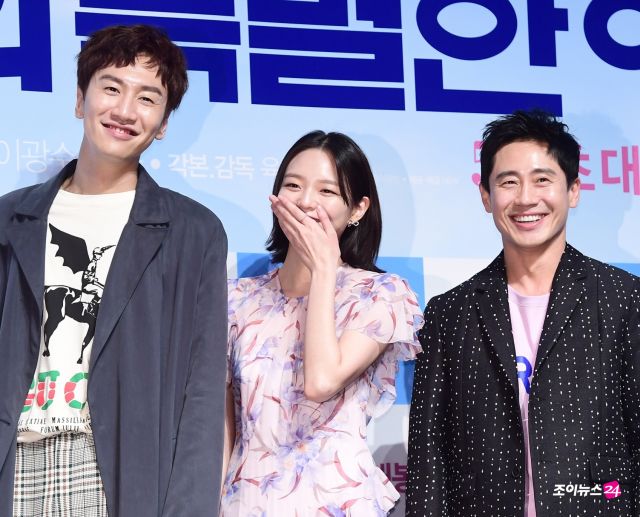 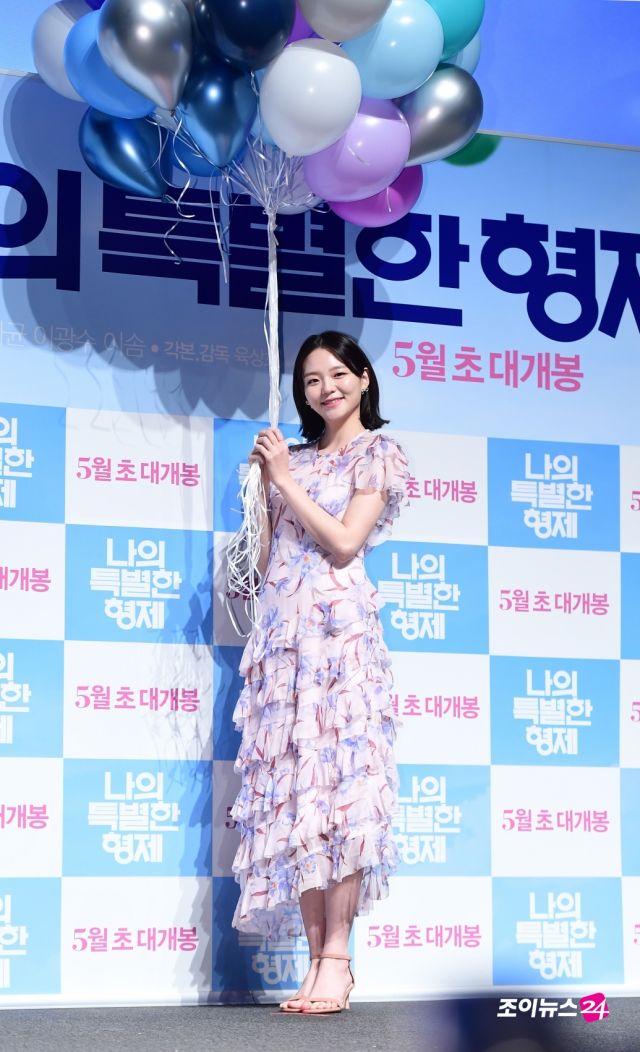 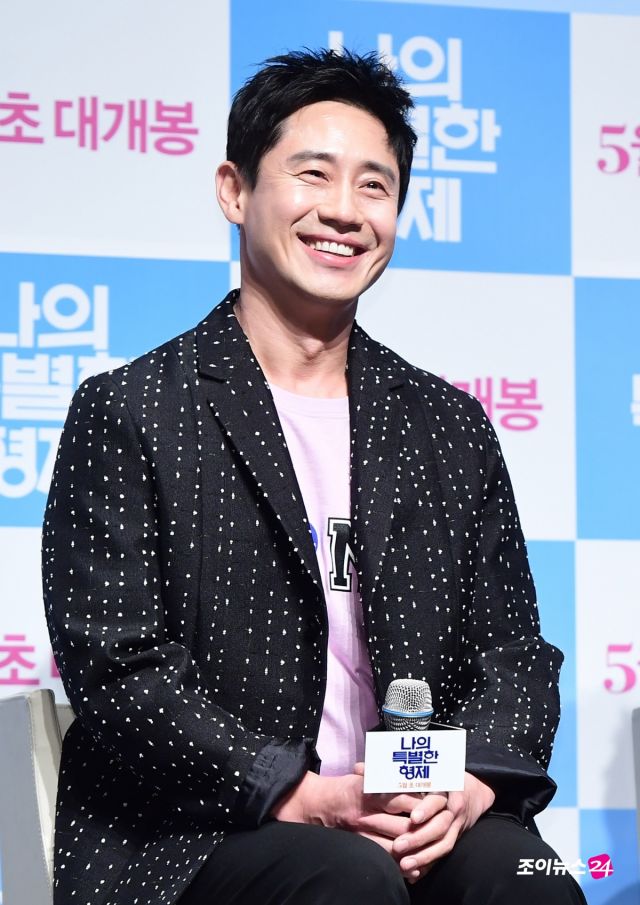 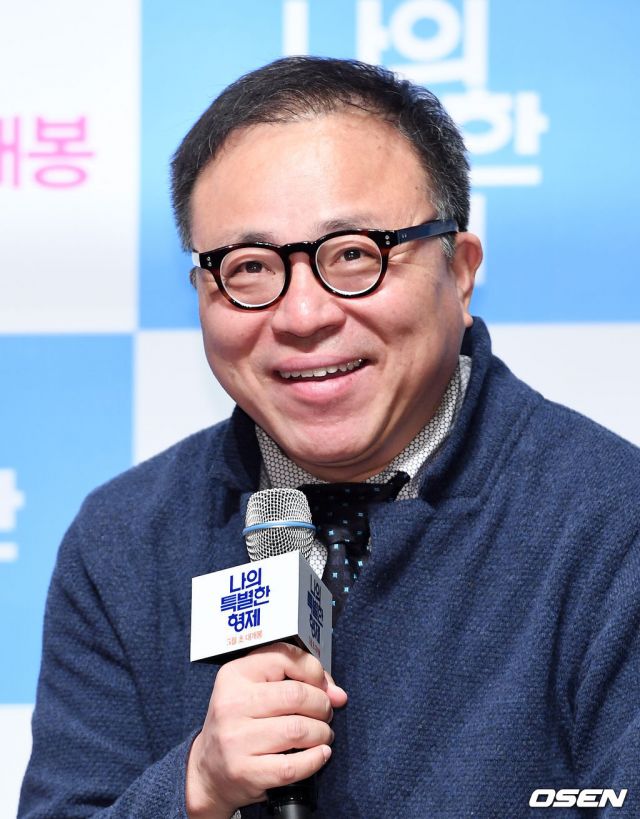 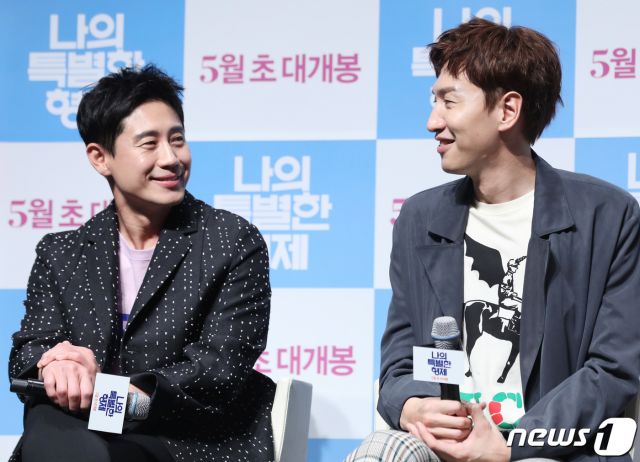 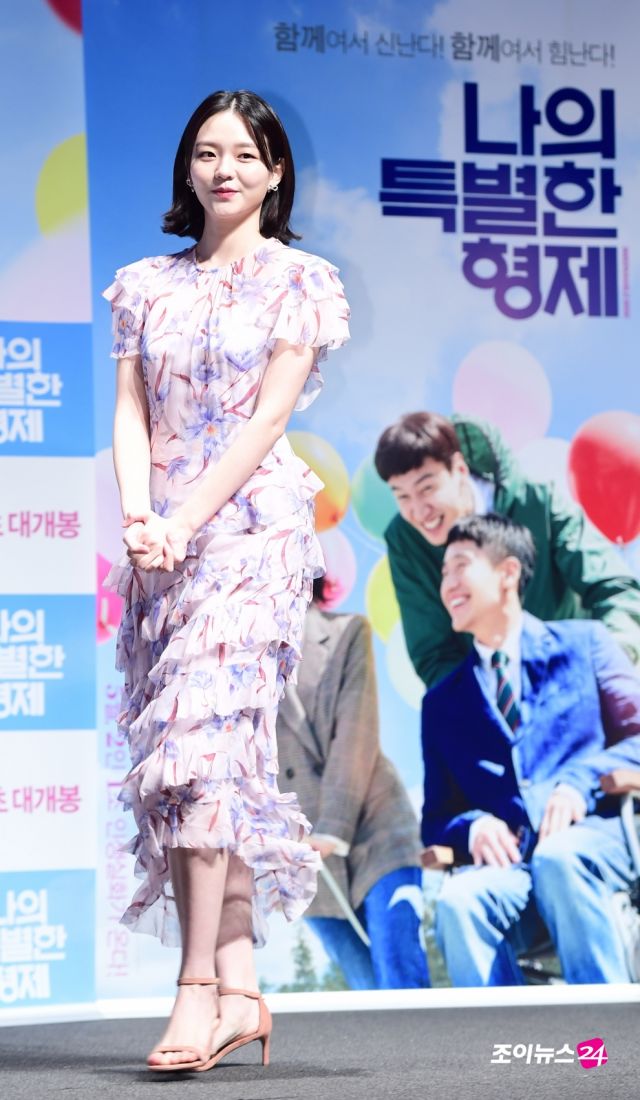 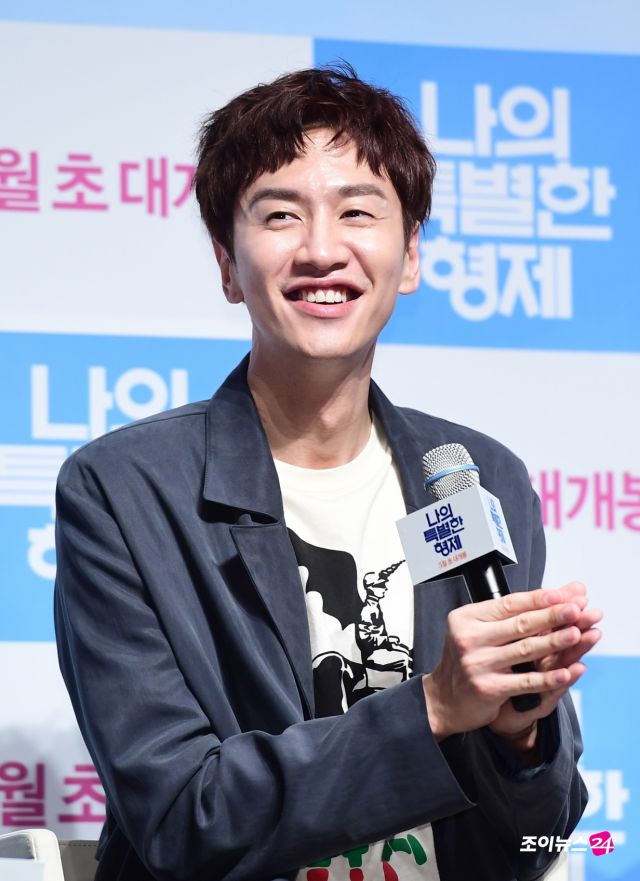 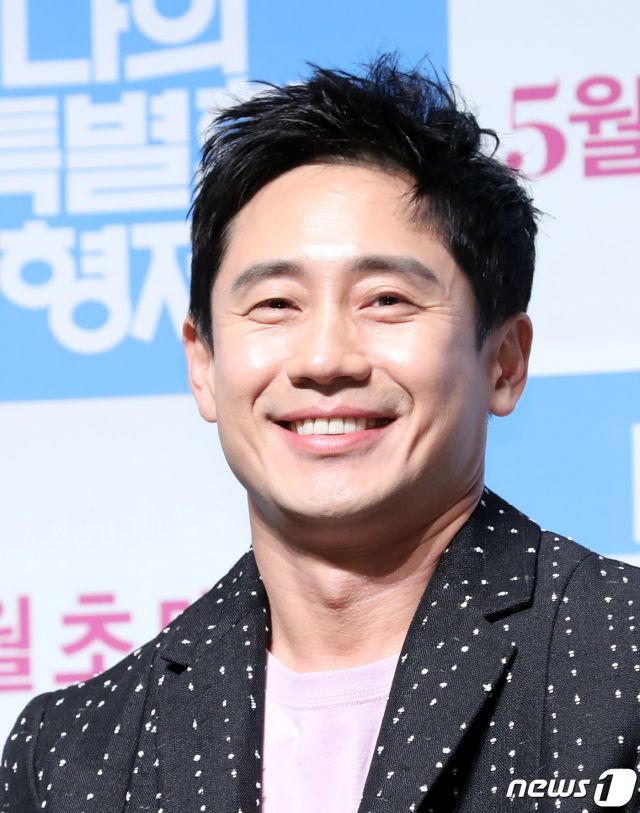 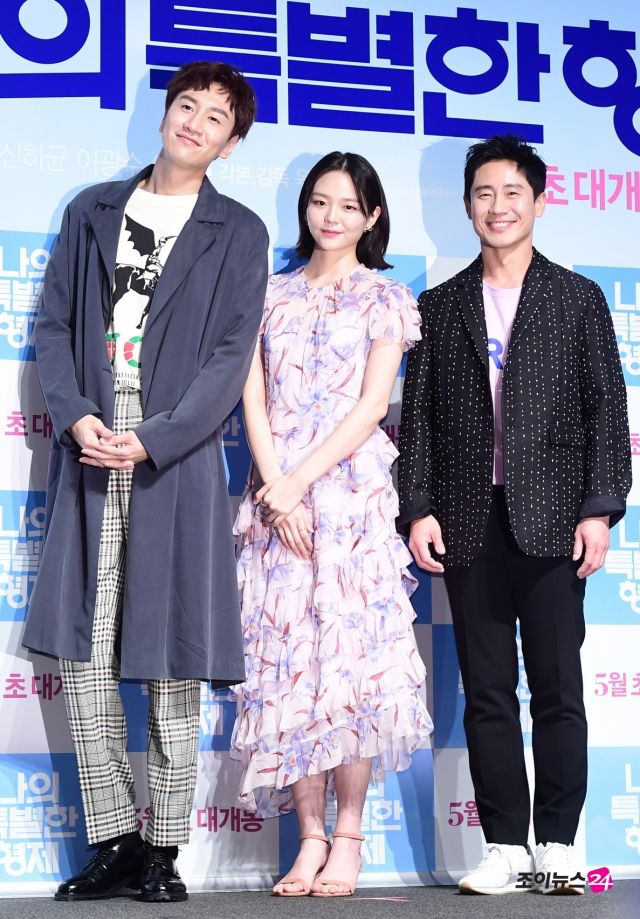