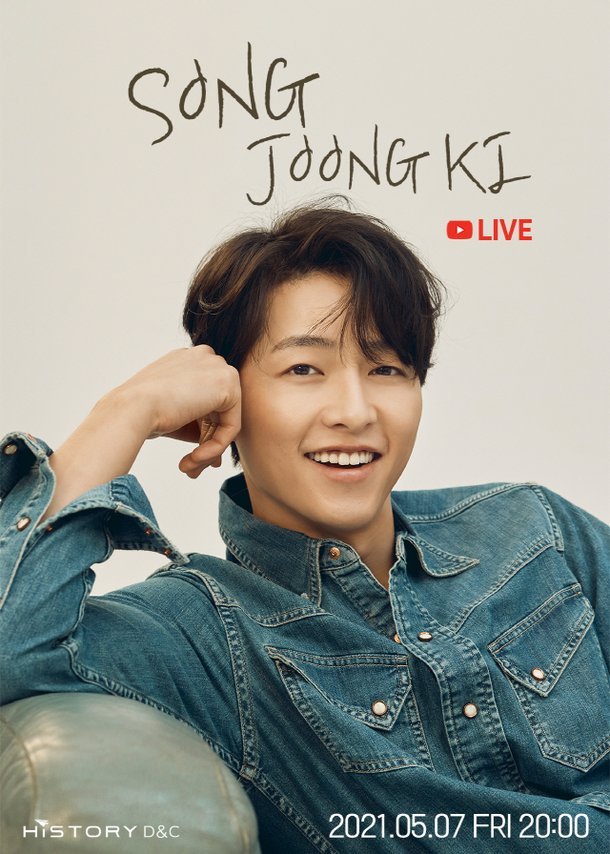 As "Vincenzo" nears completion, fans are already looking ahead to their next chance to see lead actor Song Joong-ki. The star will be appearing in an online fan meeting this coming May 7th on YouTube. The title of the event is Song Joong-ki, Live, and will be broadcast live on the History D&C YouTube here at eight PM Korean time that day.

Purportedly Song Joong-ki himself will be seeing the event as more of a break than as his typical job duties. Song Joong-ki recently finished a fairly robust period of work. He had been working on "Vincenzo" in one form or another for eight months, and before then the film "Space Sweepers" which premiered on Netflix only just before "Vincenzo" did. Next up for the actor is "Bogota: City of the Lost" which had its production delayed due to COVID-19 but is likely to start overseas location shooting soon.