One of the aspects of "Crash Landing on You" that has endeared it to fans has been the drama's unusually good use of foreign location shooting. The lead characters in the drama, played by Son Ye-jin and Hyun Bin, are from opposite sides of the Demilitarized Zone, but meet together in Switzerland, a country where many Koreans have been known to visit. 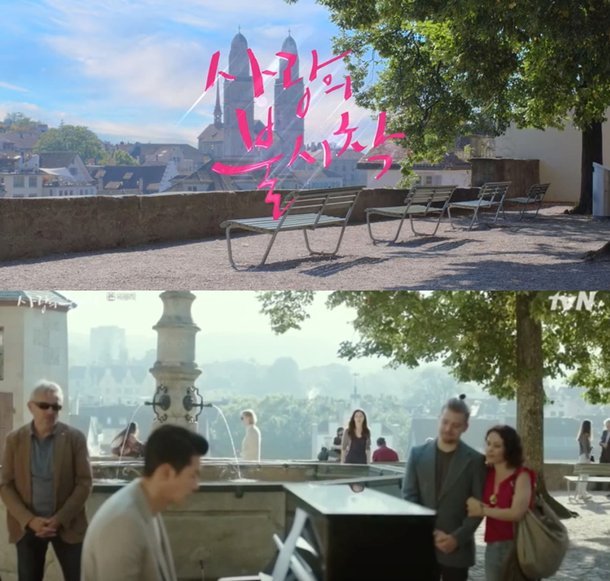 Among the locations identified in the last episode of the drama are some shots of Lindenhof as well as the Rudolf Brun Bruck bridge. A Zurich train station can also be located in the area. But the most distinctive local touch is how the final scene is framed by paragliding in the background, allowing the drama to come full circle with its premise via an overall romantic backdrop.

Though the overall role of Switzerland in "Crash Landing on You" is minor, the drama's popularity has caused a spike of interest in tourism relative to the region. Meanwhile, "Crash Landing on You" finished airing at an all-time rating record for tvN, and will soon be followed up by the new drama "Hi Bye, Mama!", which stars Kim Tae-hee in the lead role for her comeback.

"[HanCinema's News] Interest Spikes in Swiss Shooting Locations for "Crash Landing on You""
by HanCinema is licensed under a Creative Commons Attribution-Share Alike 3.0 Unported License.