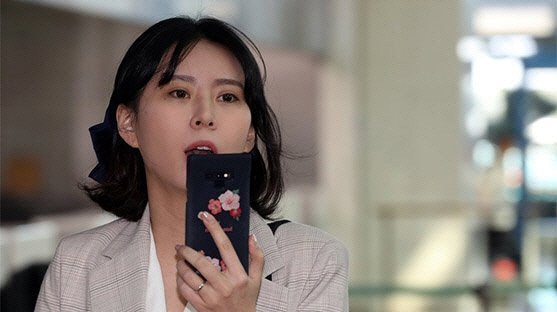 On November 12th Seoul police announced that an Interpol Red Notice has officially been issued for Yoon Ji-oh. This means that her passport has now been suspended and local police in Canada are now obligated to assist with the invesigation of the actress turned media personality who came to prominence this year pushing for a reopening of the investigation into the death of late actress Jung Ja-yeon.

Investigations into Yoon Ji-oh started in April this year regarding allegations that she deliberately lied in her book and also defrauded donators who believed they were providing money to allow Yoon Ji-oh to retain private security. Yoon Ji-oh then returned to her home in Canada for what she has described as personal health reasons, and has not cooperated with investigators since then.

Yoon Ji-oh has claimed that she thought the requests for cooperation in the investigation were phishing scams and has posted an example of one such request to prove her point. Police claim to have made enough attempts to contact Yoon Ji-oh that they do not believe she can be currently be trusted to cooperate in the investigation.