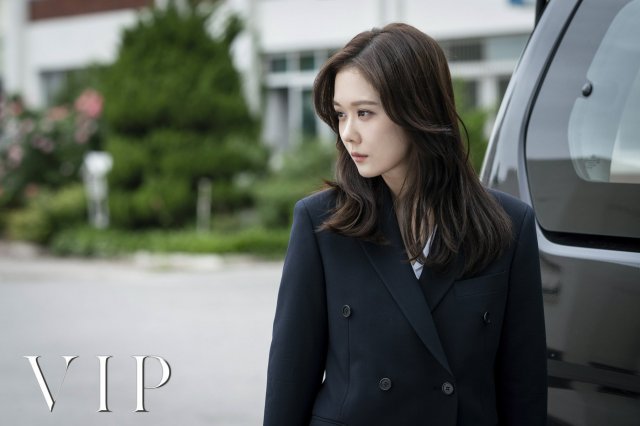 With "VIP", Jang Nara is making a comeback. Of course, Jang Nara is among the more prolific actresses working in South Korea today, so it hasn't been long since her last project. "The Last Empress" was a major ratings hit when it ended in February of this year.

"VIP" is a very different kind of drama, however, as is usually the case with new Jang Nara projects. Whereas before she was a titular empress, in "VIP" Jang Nara will instead work to serve various important people alongside her husband in a department store complex. Her husband will be played by Lee Sang-yoon - another prolific actor who hasn't done a role quite like this before.

What Lee Sang-yoon lacks compared to Jang Nara is a pedigree. She's the daughter of producer Joo Ho-sung and the younger sister of television personality Jang Sung-won. The three have long been known as a celebrity family even though they tend to work in different parts of the entertainment industry.

Jang Nara made her acting debut in the 2002 drama "The Successful Story Of A Bright Girl", having originally debuted as a singer a year prior. Starting with her lead role in "Babyfaced Beauty" in 2011, Jang Nara became a recurring presence on the South Korean television drama circuit.

"[HanCinema's News] Jang Nara Comes Back With "VIP""
by HanCinema is licensed under a Creative Commons Attribution-Share Alike 3.0 Unported License.