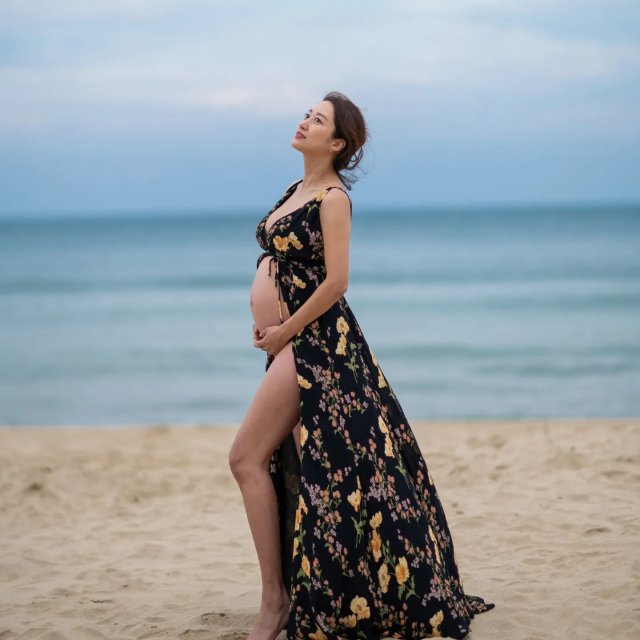 On October 1st, Jeon Hye-bin's agency Pan Stars Company confirmed that the actress had given birth to a son on September 30th. Pan Stars Company also stated that the mother and child were both doing well. This is the first child for Jeon Hye-bin in three years of marriage. Back in 2019, she married a dentist two years her senior. Jeon Hye-bin herself is thirty-nine years old, and recently had her own birthday on September 27th.

It is not clear when Jeon Hye-bin's due date was supposed to be, this information not having been offered publically. The first news that Jeon Hye-bin was pregnant was released in April of this year, and at that time she was described as being thirteen weeks along. Jeon Hye-bin had earned some attention in social media for her flattering baby bump, which she showed off in a series of beach photos on Instagram where she's wearing a swimsuit covered by a large floral print dress.

Jeon Hye-bin's husband also appears in the pictures, though his face is obscured to protect his privacy. Jeon Hye-bin had her last major appearance in the weekend family drama "Revolutionary Sisters" where she played the second oldest adult daughter. Jeon Hye-bin will next appear in the film "Nineteen, Thirty Nine" in a leading role, which is expected to see a theatrical release sometime in 2023.