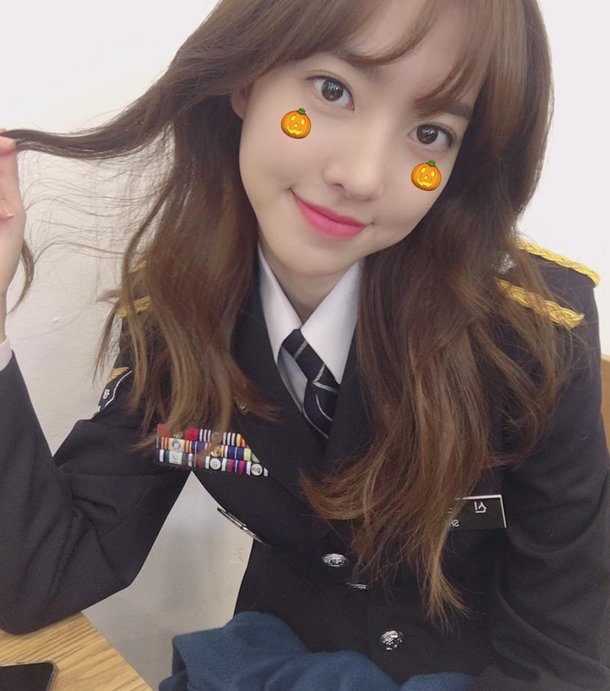 On March 7th Jin Se-yeon uploaded a picture of herself to Instagram. She exhorts followers to be careful of yellow dust. The yellow dust season had been particularly bad in South Korea during that time.

In the picture, Jin Se-yeon is wearing a police uniform and has two pumpkins on her cheeks. She appears to be playing with her hair. Responses to the picture indicate followers consider her appearance to be very cute.

Jin Se-yeon had her debut in "It's Okay, Daddy's Girl". Her most famous leading roles were in "Bridal Mask", "Doctor Stranger", and "The Flower in Prison", and "Grand Prince". She is currently appearing in "The Item".

"[HanCinema's News] Jin Se-yeon of "The Item" Salutes Fans in a Police Uniform"
by HanCinema is licensed under a Creative Commons Attribution-Share Alike 3.0 Unported License.