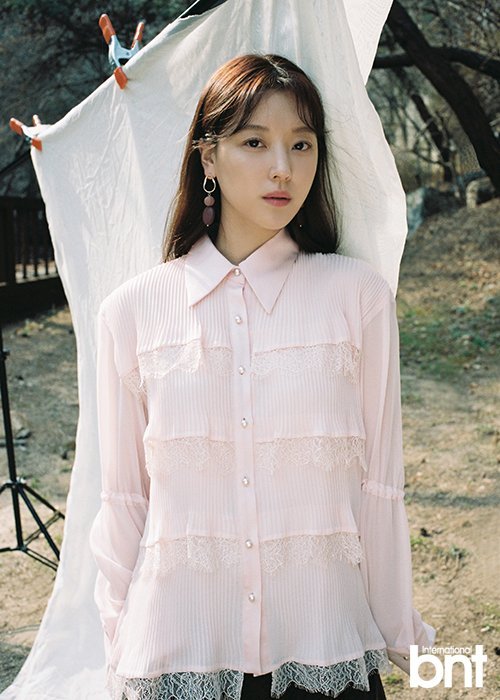 Jo Woo-ri appears in a fashion shoot for bnt Collezione magazine. There is also an interview, where the star of "My ID is Gangnam Beauty" discusses her career trajcetory as of late.

The theme of the photoshoot is hominess. Jo Woo-ri appears in photos of a home as well as the wilderness in generally casual clothes. It's a Bohemian mood, intended to give a natural sense of a person at one with their immediate environment. 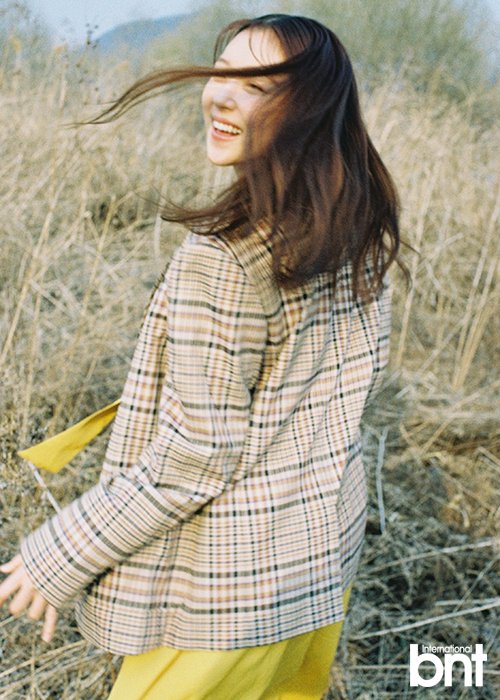 In the proceeding interview Jo Woo-ri expresses graitutde for being able to appear in "My ID is Gangnam Beauty", calling it an honor. She says her character was a bit of a sinister person, with a personality widely different from her own. So in a way the experience felt aggressively honest. Nonetheless Jo Woo-ri admitted that she would rather her next role be of a more likable character.Jo Woo-ri is also profuse with praise for her co-stars. She calls leading man Cha Eun-woo a face genius, who always knows the exact angle to take to look handsome in front of the camera. She was surprised to see this talent up close. Jo Woo-ri also talked about how she's watched Kwak Dong-yeon grow up since they first appeared together on "Modern Farmer", and how strange this experience has been. 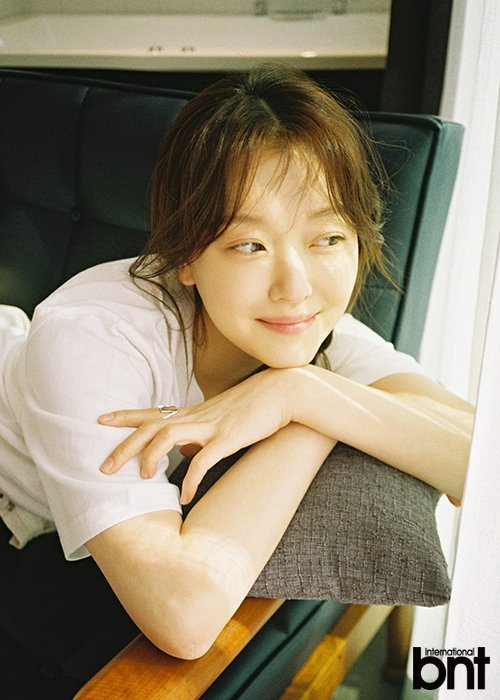 Jo Woo-ri then discusses her past career, and how her first big break came with an offer to join a girl group. Jo Woo-ri rejected it, as she wanted to perform in stage musicals instead and felt that she needed to practice singing alone. Jo Woo-ri clarifies that she never really got any better- anyone who has heard her sing would rather watch her acting.

After "Descendants of the Sun" Jo Woo-ri was in a slump. Jo Woo-ri talks about she was always so busy and that she felt she was hurting the relationships in her life. Jo Woo-ri says she considered giving up acting during this time. Instead Jo Woo-ri just took a break, going to school and traveling, and this made her want to get back into acting. 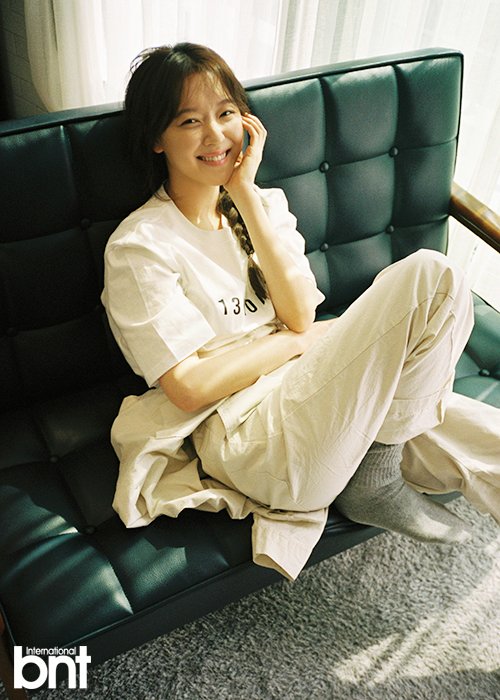 Jo Woo-ri expressed a focused and charming demeaner during the interview. Her attitude about acting is fearless, as she describes herself as being willing to try anything. Jo Woo-ri also emphasizes her normalcy, saying that she takes public transportation. Without the right makeup, she isn't that recognizable.

Jo Woo-ri also takes about her feeling about liquor. She admits to liking it a little bit, and being able to down two bottles of soju. Jo Woo-ri says she's heavier than she looks. Even now Jo Woo-ri is four kilograms heavier than she was on "My ID is Gangnam Beauty", and is grateful to her parents that she has no skin or sweat trouble. 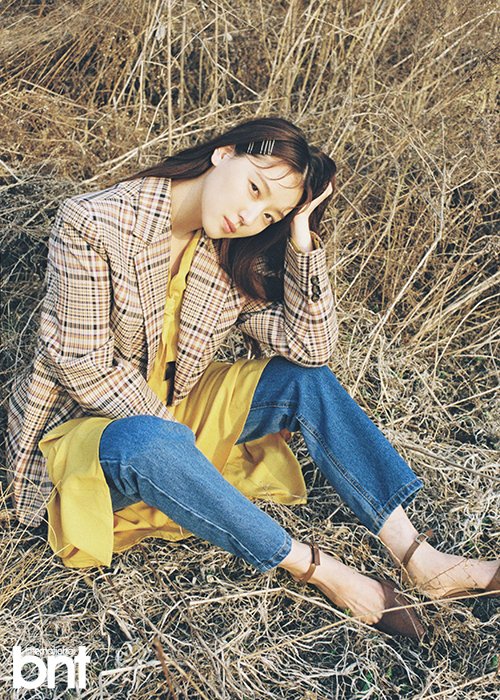 Lastly, she talks about how working in entertainment has felt like unavoidable destiny for her. Jo Woo-ri is nervous but she works hard. She notes how sharing her name with a major South Korean bank has made her greedy, smiling all the while.