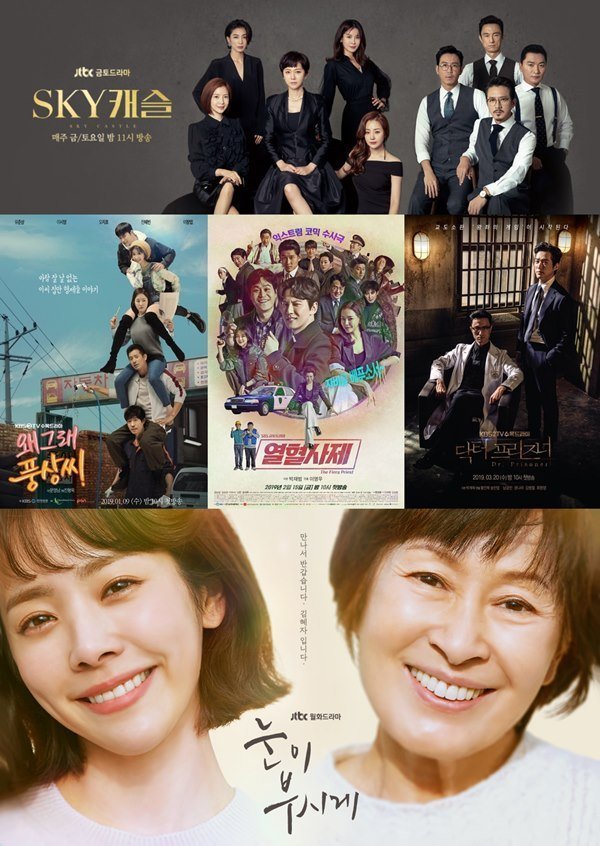 While overall drama viewership is down, some individual titles are bucking the trend and proving to be quite popular. At the same time, there is no obvious commonality between these many titles, distorting the drama marketplace. Ambitious big budget productions are being left behind as more offbeat unusual topics attract stronger interest.

Much of the scramble was started by jTBC with the unexpected success of "SKY Castle", a drama about mothers working to guarantee the entrance of their children into elite South Korean universities. The drama started with a modest 1% rating, but quickly jumped into 10% and finished with an astonishing 23.8%. The Azlheimer's themed fantasy "The Light in Your Eyes" didn't do quite so well, but established jTBC as a serious drama network.

KBS had similar high performing titles in "Liver or Die" and "Doctor Prisoner". The former was a melodrama and the latter a medical thriller. They had little in common save for the fact that both were anchored by strong lead performances from Yu Jun-sang and Namgoong Min, long-term friends and co-leads from the 2017 SBS drama "Falsify". So KBS's success to date has had less to do with themes, as jTBC's slate, but more performances.

"The Fiery Priest" from SBS splits the differences in this regard. It was an ensemble piece like "SKY Castle" and ultimately achieved similar ratings heights. But whereas "SKY Castle" turned its leading actresses into stars, "The Fiery Priest" started with big stars and had to make its mark on viewers from there. SBS's upcoming drama slate shows a similar strategy.

All of these big hits obscure the poor long-term perspective, but any one big hit can easily make up for a whole slate of comparative failures. Effective creativity is increasingly the only reliable strong point.

"[HanCinema's News] JTBC and KBS Emerge as Leaders in Big Hits"
by HanCinema is licensed under a Creative Commons Attribution-Share Alike 3.0 Unported License.