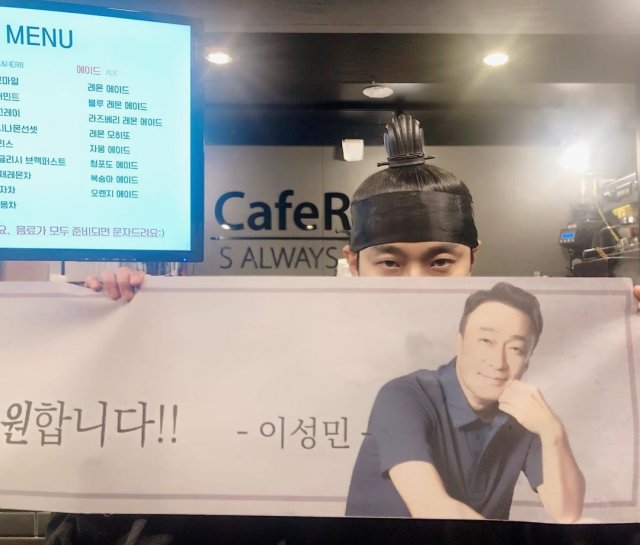 "The Item" only recently finished, but Ju Ji-hoon is already hard at work for "Kingdom - Season 2" on Netflix. Consequently, Lee Sung-min sent him a coffee car. Ju Ji-hoon thanked Lee Sung-min on Instagram for his efforts.

While the picture clearly shows that Ju Ji-hoon's hair is properly done for his role on the drama as Crown Prince Yi Chang, the photo has little other context. Half of it is just the congratulatory banner, and the rest is the visual of the coffee truck, the size of which is unclear. Ju Ji-hoon may or may not actually be indoors.

This may be a consequence of the secrecy surrounding "Kingdom - Season 2"'s production. The charitable explanation for this is spoilers, but in a more cynical view, the production company may be worried about incidental leaks of poor working conditions. After all, last month a crew member died during shooting.