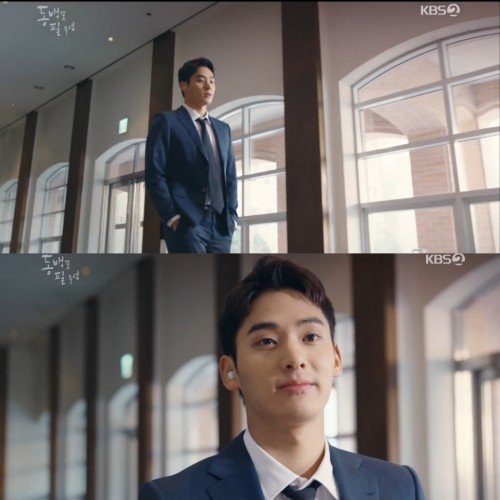 On the November 14th broadcast of "When the Camellia Blooms" Jung Ga-ram made a special appearance as the adult version of Pil-goo, who is a child during the normal duration of the drama and played by Kim Kang-hoon.

Jung Ga-ram's closing narration describes the apparent separation of the lead characters played by Gong Hyo-jin and Kang Ha-neul as the end of his mother's summer - his mother being Gong Hyo-jin.

However, this was not the final episode of "When the Camellia Blooms". Four half-hour episodes still remain to be aired next week. This has prompted speculation about whether the narration of the scene has been reliably interpreted, as well as begging the question of what story could remain in the drama's final week. Part of the narration included a possibly sinister reference to Jung Ga-ram telling his mother not to call him so much, as he's busy.

Jung Ga-ram, for his part, recently came to prominence as one of the male leads in the Netflix romantic comedy "Love Alarm". Though Jung Ga-ram plays a teenager in "Love Alarm", in real life he is twenty-six years old.