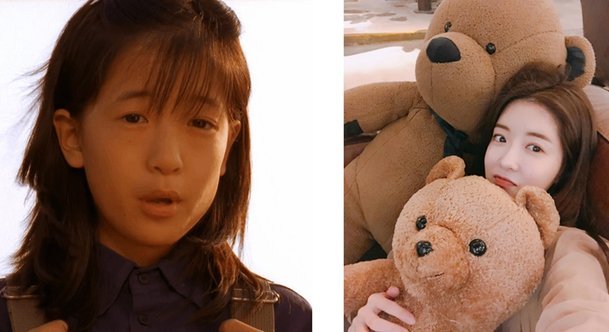 While Jung In-sun is best known for her recent appearance in the lead role of "Terius Behind Me", the actress has a surprisingly long pedigree in the South Korean entertainment industry. Recently, photos have been spread of her brief role in the famed serial killer investigation flick "Memories of Murder", where she appears as the girl in the ending.

Other appearances by Jung In-sun as a child include minor roles in the dramas "KAIST" and "Dae Jang Geum". She worked on and off in the South Korean entertainment industry since then, having had minor and supporting roles in many films and dramas over the years, with lead roles in the short dramas "Naked Fireman" and "Drama Special - The Girl in the Frame".

"Laughter in Waikiki" was her main breakout role, which she won through audition. By coincidence, Jung In-sun's then-boyfriend, Lee Yi-kyung, also won a role in the drama through audition, and they kept their real-life relationship a secret throughout the drama's run. They have since split up. Jung In-sun is currently appearing in the variety show 'Baek Jong-won's Back Alley Restaurant'.