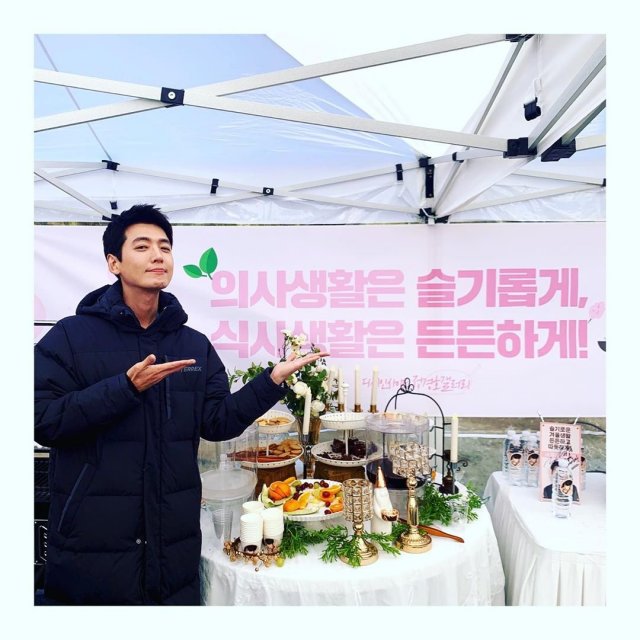 Jung Kyung-ho recently posted a photo on Instagram from the set of "Hospital Playlist". In the photo, he is making a pose in front of a fancy-looking table with various snacks and candles. He is flanked by a banner that reads, ""Hospital Playlist", should have a regular supper!"

In Korean the wordplay is more obvious. The first word of both lines contains the same three syllables, with only the first one being different. A doctor's life and a dietary life look very similar and sound alike. The second word of both lines is also an adjective. "Hospital Playlist" is an approximation of a deliberately unusual phrase that translates more literally as, "a doctor's life done wisely".

Expectations are high for "Hospital Playlist", as it is the latest project from the director/writer team of Sin Won-ho and Lee Woo-jeong-I. They were responsible for "Prison Playbook" as well as the the Answer Me dramas. Jung Kyung-ho's last project was "When the Devil Calls Your Name", which ended on September 19th.