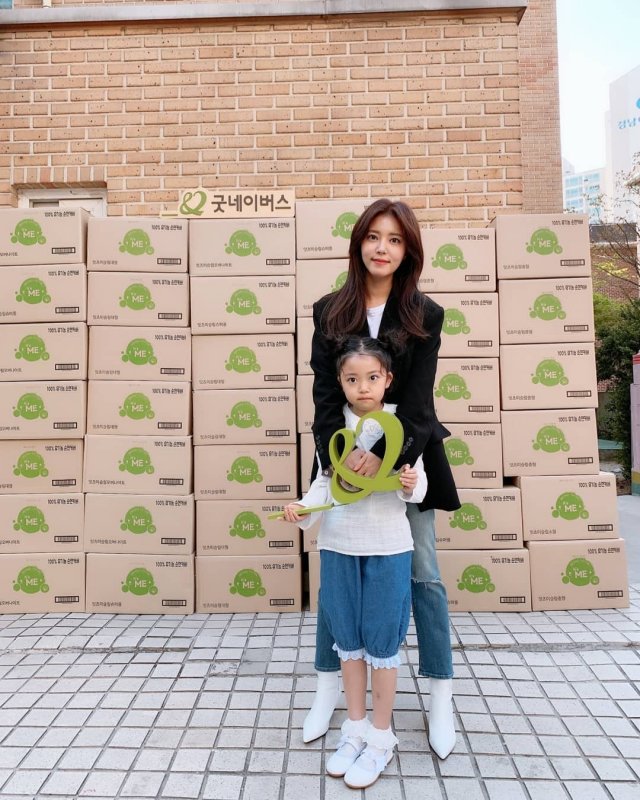 On April 22nd Jung Si-ah's agency, Management Koo, revealed that on April 19th the actress donated feminine products to a family charity service for her daughter's birthday. This is the third time Jung Si-ah has made this kind of donation for this reason.

Through her agency, Jung Si-ah stated that she had stressed over the best way to pay back the love she had received over the years and came up with this idea during her daughter's fifth birthday. Jung Si-ah said she sees these donations as a way of expressing thanks and is hopeful they will be of some small help to those who need it.

The name of the charity is Good Neighbors. Jung Si-ah had already informally announced that she had made the donation two days before on Instagram, before the agency confirmation, stating that she wanted to teach her daughter how important it was to give back more than you receive.

Jung Si-ah most recently appeared in the Netflix drama "My First First Love" on April 18th. She is married to Baek Do-bin.