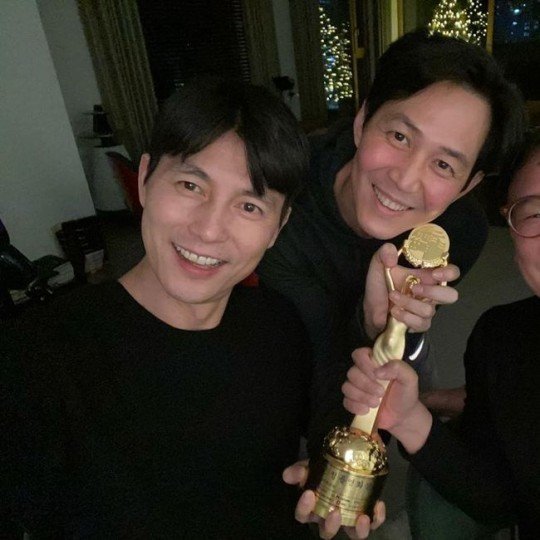 The property is purportedly close to Apgujeong Rodeo station, measuring three stories tall with a total floor area of 1,419 square meters. Following the release of the report, the agency representing Jung Woo-sung and Lee Jung-jae, Artist Company, confirmed that the two had purchased the property. According to Artist Company, Jung Woo-sung and Lee Jung-jae intend to use the site for producing films and dramas.

Artist Company itself was founded by Jung Woo-sung and Lee Jung-jae back in 2016 for similar purposes. It has been suggested that the site may be intended to be used for the production of the upcoming movie "Hunt" which will be Lee Jung-jae's directoral debut. Artist Company also recently confirmed that Jung Woo-sung would be starring in the film.