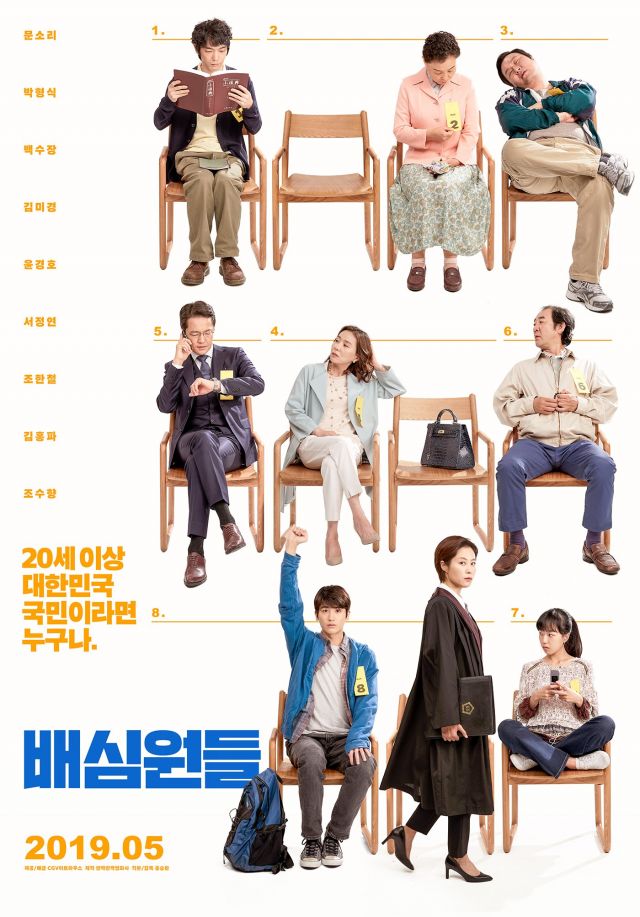 A new poster has been released for the upcoming film "Juror 8". The film is based on the real-life story of the first jury trial which took place in South Korea in 2008. Moon So-ri plays the part of judge, while Park Hyung-sik is the titular "Juror 8".

Note that this is only the English language title. In the original Korean, "Juror 8" actually directly translates as The Jurors. The former title implies the focal point of the drama is a single person, whereas the latter implies an ensemble piece. The way the newly released theatrical poster highlights all eight jurors equally suggests that the movie is the latter.

The movie appears to be styled as a comedy, specifically of the character and culture clash variety. These eight people of wildly different backgrounds will have to work together in order to hand down a verdict. "Juror 8" is currently planned for a May release.