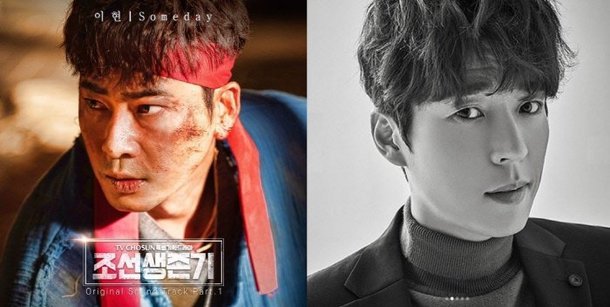 Following allegations that he raped staff at his management company, Kang Ji-hwan was forcibly removed from his still airing drama "Joseon Survival". As the drama was as yet unfinished, the production company had to replace him with Seo Ji-suk. Though direct actor replacements are rare, at times they have been unavoidable in recent years.

In "Children of a Lesser God" last year Jo Min-ki was originally cast in the supporting role of Han-joo. However, his abrupt death forced the production to delay the drama's start so that his scenes could be reshot with his replacement, Lee Jae-yong-I. The timing of Jo Min-ki's death made the replacement relatively unobtrusive and largely unnoticeable by future viewers.

"Blow Breeze" did not have such an advantage, as Oh Ji-eun, who played the drama's chief antagonist, was injured and unable to make further appearances after the twelfth episode. In this case, though the change was obvious, it was not particularly detrimental. When Im Soo-hyang joined the drama as a replacement the ratings were in the low 10% range, but by drama's end they were at 25.2%.

"You're Too Much" was another such unavoidable case. Though Ku Hye-sun's comeback was much heralded she had to retire from the drama for health reasons after only the seventh episode - an experience that has probably made her reluctant to take on a new similarly intensive project. Her replacement, Jang Hee-jin, won acting awards for her performance as Ku Hye-sun's replacement and led the drama to a high water mark of 17.5%, having until then failed to breech even 10%.

Those were all weekend dramas, though. In "Return", star actress Go Hyun-jung abruptly departed the drama after a dispute with the director. leaving Park Jin-hee to take over the role for the fifteenth and sixteenth episodes. Though Park Jin-hee was criticized for not doing the job as well as her predecessor, the drama nonetheless maintained its lead in viewership ratings.

"[HanCinema's News] Kang Ji-hwan Joins Small Club of Actors That Have Been Replaced"
by HanCinema is licensed under a Creative Commons Attribution-Share Alike 3.0 Unported License.