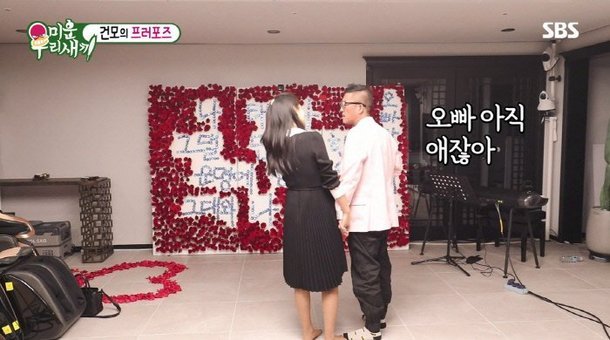 Kim Gun-mo has had a very disastrous week. A sexual assault allegation that the legendary performer appeared to believe he could initially shrug off has had a disastrous effect on his reputation, to the point of canceling his long-planned twenty-fifth anniversary concert.

While Kim Gun-mo has bitterly protested the allegations against him, calling them a fake #MeToo moment, the variety show 'My Little Old Boy' has faced intensified criticism for apparently standing behind him.

One major focal point on which 'My Little Old Boy' has been accused of hypocrisy is in regards to its treatment of actress Ku Hye-sun. Back in August the actress had an appearance on the program that was abruptly edited out when her divorce proceedings with Ahn Jae-hyun were announced close to the air date. Even at the time, the decision was criticized, because while Ku Hye-sun's behavior at the time was unusual, it had no relation to the relative clips and there was nothing criminal about the news.

Kim Gun-mo, by contrast, was allowed an overly romantic proposal scene to air right as news was breaking that he was being accused of sexual assault. While persons relevant to the production have offered excuses for the double standard, namely the greater relative importance of the segment and how Kim Gun-mo was a lead star rather than just a guest, criticism has not abated, especially from persons not especially informed or interested about variety show production as it relates to this case.