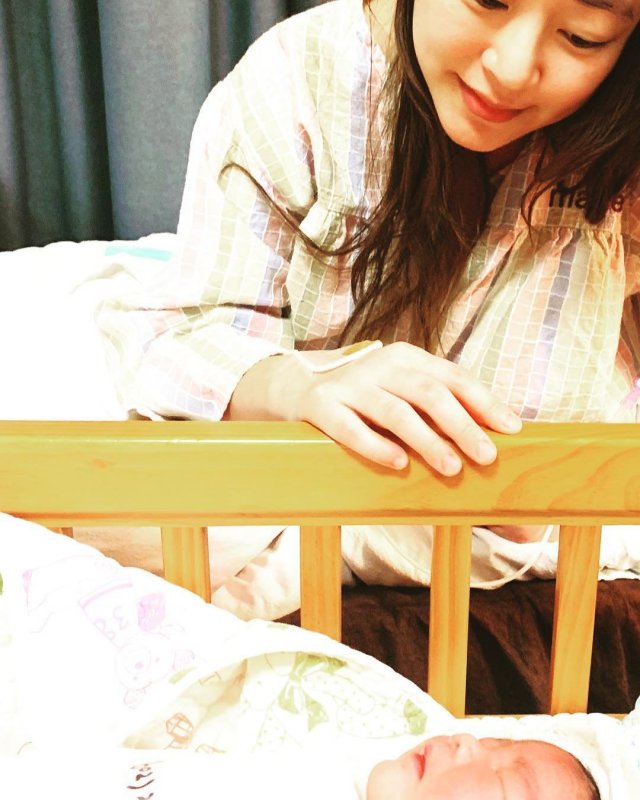 On April 17th Kim Hyo-jin released the first public image of her second-born son on Instagram. Kim Hyo-jin mentioned meeting him on the 15th, and wrote that it was hard to believe she was now a mother of two.

Kim Hyo-jin went on to mention having had a very difficult and painful childbirth. However, she then mentioned having forgotten all about that upon meeting her baby. Kim Hyo-jin then wished her viewers an easy childbirth.

In the picture Kim Hyo-jin can be seen smiling at her baby in his crib. She married Yoo Ji-tae back in 2011. Their first son was born back in July of 2014, making him an older brother by about five years.