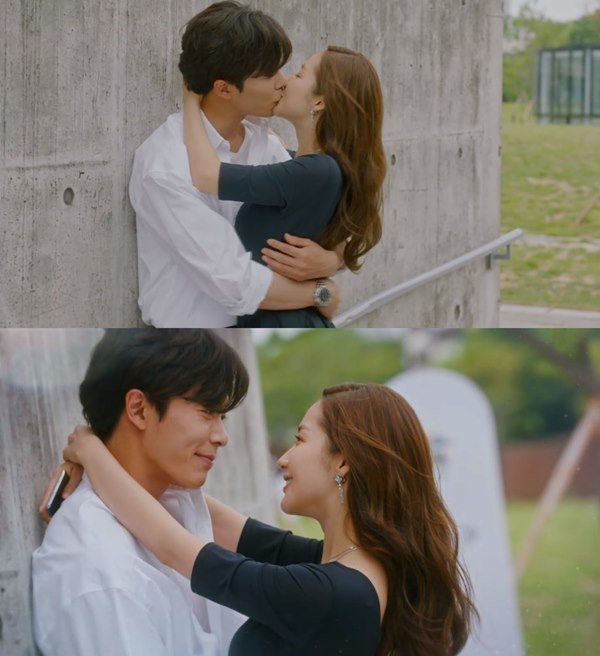 On May 30th "Her Private Life" finished its run. Ryan Gold (played by Kim Jae-wook) overcomes his trauma and is able to start his writing work again. Through his love of Deok-mi (played by Park Min-young) he is able to live happily. While this is the end of a two month journey for Ryan Gold, for Kim Jae-wook, it's only the beginning of a significant career shift.

Following his last lead role in the supernatural mystery crime series "The Guest - Drama" Kim Jae-wook's casting in "Her Private Life", a romantic comedy, seemed inexplicable. But over the course of "Her Private Life" Kim Jae-wook has continually proven himself as an exceptional romantic leading man, at times even overshadowing his co-star, Park Min-young, who has more of an established reputation with these kinds of genre stories.

Even the non-romantic aspects of the Ryan Gold character are out of line with those of the roles he's better known for. From his very first cocky introduction Kim Jae-wook showed Ryan Gold to be an active character who creates conflict, rather than the more reactive character he's generally known for.

Ryan Gold is protective and manly toward his fake girlfriend turned real one, Deok-mi, yet also flawed and hurt from his own abandonment issues regarding his mother. Kim Jae-wook excelled in making Ryan Gold a well-rounded character who resonated with viewers.

Expectations have now been set for Kim Jae-wook's next project. Fans of "Her Private Life" are hopeful that he will continue acting along these lines, as he has proven himself to be very good at romantic comedies.